The Austrian, a former grand prix winner with Benetton, Ferrari and McLaren, was announced last week at the helm of the ITR - replacing Hans Werner Aufrecht, who was regarded as 'the father of the DTM'.

He joins at a time when the series faces 18-car grids this season, after Audi, BMW and Mercedes decided to scale down their efforts from eight cars each to six.

Berger, who was a factory BMW touring car driver in the 1980s, denied that Aufrecht's parallel role as boss of the works HWA Mercedes team affected his impartiality to the DTM.

"Hans Werner Aufrecht was very fair, very balanced between everybody, because the series was his baby," he told Autosport.

"He didn't play any games, and he wouldn't be one-sided on Mercedes' side.

"So I believe they are all three supporting me in a good way, and at the same time I'm not on the side of one or the other - I'm very neutral."

Berger said he had no major changes planned yet for the DTM, but that he would try to further the cooperation with similar-concept series worldwide - particularly Super GT in Japan.

"Obviously I have ideas, but the most important thing is first to go a bit deeper into it, to understand certain things, and then make a plan and try to make it happen," he continued.

"I'm a big believer in trying to get other continents into the boat with the same regulations." 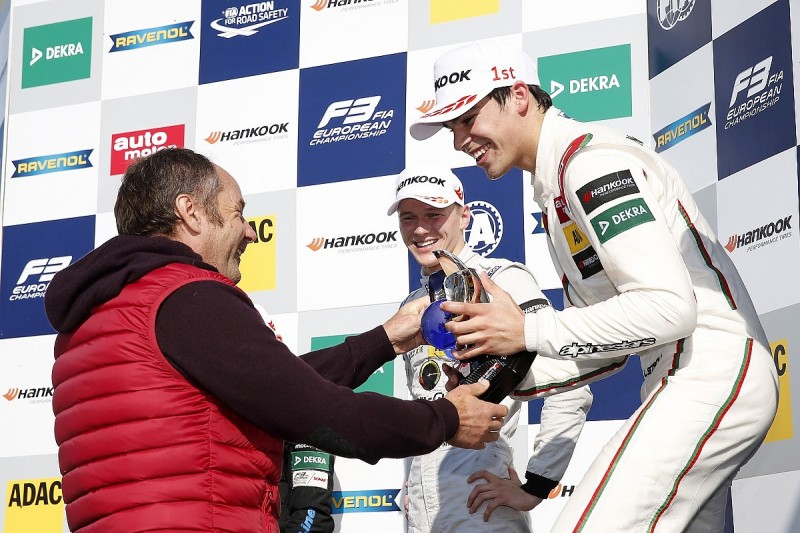 With ITR's F3 subsidiary promoting the Formula 3 European Championship, Berger again has an interest in a series of which he was the architect in his former role as president of the FIA Single Seater Commission.

Walter Mertes, who along with Aufrecht and Hans-Jurgen Abt left the ITR board over the winter, remains as CEO of the F3 offshoot.

"Before I was helping the FIA, and now I'm on the promoter side trying to help out Wally [Mertes]," said Berger.

"Don't ask me in which area I will help, but definitely Wally is very committed to it and he has done a good job over the last years.

"At the same time I have a very good relationship with the FIA side of F3 - to Stefano [Domenicali, Berger's successor as Commission president], to Jean [Todt], to Frederic [Bertrand, Domenicali's right-hand man at the Commission].