While there is a standing agreement in the DTM that each manufacturer should enter eight cars, there still has not been a full grid of 24 cars since BMW rejoined the series in 2012.

In its first year back, BMW was given a concession to run just six cars.

When BMW increased to eight cars in 2013, the same concession was given to Mercedes, which scaled back to six cars after parting ways with Persson Motorsport.

Mercedes then added just one extra car for the 2014 season, with five HWA entries running alongside the two Mucke Motorsport cars.

While the addition of an eighth car for 2015 was until now widely expected, Mercedes DTM spokesman Wolfgang Schattling revealed at Zandvoort that it could well be that there are still only seven C-Coupes on the grid next season.

"I see us being closer to seven cars than to eight," he said.

"The goal is eight cars, but I can't guarantee it will be like that.

"Regardless, seven cars is enough for every manufacturer. With 21 cars we would have a good field."

Audi's DTM boss Dieter Gass made it clear that he expected 24 cars on the grid next season, and that exceptions would not be tolerated.

"I will go as far as to say that Mercedes will bring eight cars," said Gass.

"I was expecting there to be eight this year, but they just have seven.

"There will certainly be more discussion on this topic. There are agreements.

"We always talked about eight cars, and there was an exception for BMW in its first year. 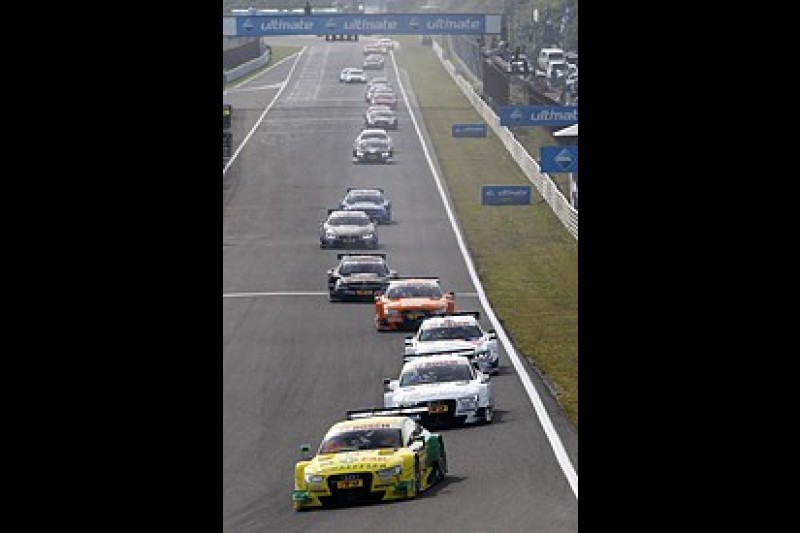 "Since then, there were no further exceptions. But a manufacturer still has less cars - NIO [Ed: 'Nicht in Ordnung' - not in order]. That's how I see it.

"When you commit to something, you should honour that commitment. I assume that everyone will have eight cars. I can't say anything else at the moment."

"It believe it's relatively clear what was decided between the manufacturers: that everyone has eight cars," he said.

"We made it clear again for this season. And I'm going with the assumption that everyone will adhere to this. I cannot, and don't want to, comment further.

"For next year there is a clear aim that everyone starts with eight cars, as was agreed.

"In 2012 we agreed to a situation where we would start with six cars, and the increase to eight straight afterwards. We delivered on that.

"I think that should be the expectation for everyone who is taking part."