Mercedes needs to improve its tyre management to give it the same strategic flexibility as Audi now the DTM has introduced higher-degradation rubber for 2017, says Robert Wickens

The series' 2017 Hankook tyres are faster but degrade more, making tyre preservation more of a factor than before.

But Audi's Mattias Ekstrom was able to get his pitstop out of the way on the first lap of last Sunday's 43-lap Lausitzring race and finish second.

Wickens, who was overtaken by both Jamie Green and Ekstrom's Audis late on, said such a strategy was impossible for Mercedes.

"Our car is not as kind to the tyre as the Audi or as Mattias, but on the plus side it gives you a lot of room for improvement," Wickens told Autosport.

"We were pretty handicapped with strategy.

"We didn't have a wide range of where we could stop, we knew we had to more or less split it in the middle.

"Hopefully if we are going to improve on that we can be better than them in all areas.

"The next step is to try to get the tyre life better."

Wickens was still thrilled to come back from a poor season-opener at Hockenheim with two podiums at the Lausitzring.

He was best of the rest behind dominant championship-leading team-mate Lucas Auer in race one, then took pole on Sunday.

That was in a Mercedes that was joint-heaviest with BMW on Saturday and then weighed 10 and 15kg more than the other two manufacturers on Sunday under the DTM's ballast rules.

"It would be amazing if we can keep this sort of string of results going," Wickens said.

"Hats off to the guys for giving us the car that was still quickest in the qualifying with the weight." 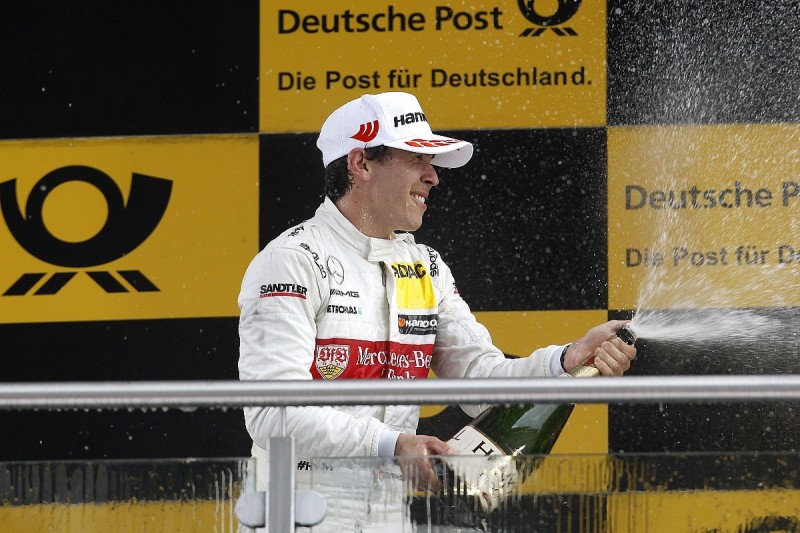 Wickens is now up to fifth in the championship despite not scoring in the Hockenheim opener.

His first race there was ruined by a penalty for sending Tom Blomqvist into a spin, and he retired after a first-corner collision next day.

"The start of the season as not what I wanted, not what I expected or what I was thinking about for six months during the off-season," Wickens added.

"We did everything right, in free practice I was always in the top five and then quali one [I had] traffic, and I made a mistake in the race causing myself a drivethrough.