HRT Mercedes driver Vincent Abril has been disqualified from the DTM’s opening round at Monza due to a technical infringement, stripping him of his maiden podium finish in the series.

Abril finished second and 11th across the two races in Italy last month, making him the top Mercedes driver in the points standings in fourth position ahead of this weekend’s second round at the Lausitzring.

However, the Monegasque has now lost all 21 points he scored during the season opener due to a fuel irregularity, plunging him to the bottom of the drivers’ table.

The DTM announced late last month that the results of the first qualifying session at Monza were still provisional due to a “pending procedure”, with an investigation set to follow at the Lausitzring.

Autosport’s sister site Motorsport-Total.com revealed at that time that HRT was at the centre of a potential rules breach, with Abril’s AMG-GT3 car specifically under investigation.

PLUS: The number-crunching behind the new-look DTM's equalisation drive

Ahead of this weekend’s two races, the DTM has completed its investigation, concluding that the fuel sample collected from Abril’s car after the first qualifying on Saturday didn’t exactly match the specimen from the Shell tanker.

While the DTM detected irregularities in only one fuel sample, it has decided to exclude Abril from the entire Monza race weekend.

“The reason for the exclusion was that a fuel sample taken from the #5 Mercedes-AMG GT3 after qualifying 1 didn’t match the reference sample of the fuel distributed to the teams that had been submitted for the season opener at Monza,” read a statement from Automobilclub von Deutschland, which is responsible for the sporting organisation of the DTM.

“That was the result of an analysis of the fuel sample at a reference laboratory after the event and was an infringement of article 45.5 of the 2021 DTM regulations.

“The team has one hour to submit an appeal against the decision by the stewards. In case HRT is using this opportunity, it remains a pending procedure.” 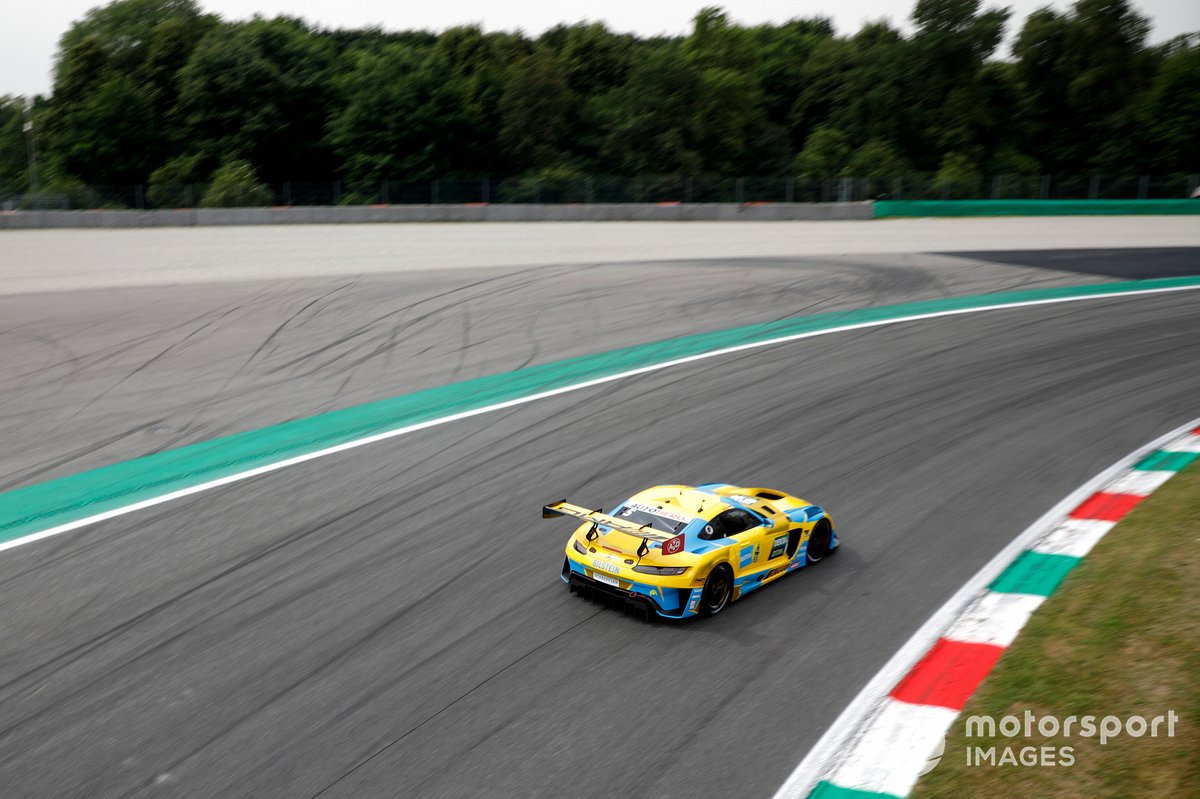 HRT managing director Ulrich Fritz maintained the team’s innocence, suggesting that a contaminated fuel pipe may have led to the irregularities in the sample collected from his team’s car.

“We can’t explain what happened with our fuel,” he said. “Nobody of our team did anything wrong. That’s not the way we are working.

“We filled our fuel barrels on Thursday as the first team. Maybe there were contaminations in the pipes of the fuel tank.

The disqualification elevates Abril’s team-mate Maximilian Gotz to second position in race one behind winner Liam Lawson, with 2020 Red Bull Formula 1 driver Alex Albon moving up to third and earning a maiden podium position in the DTM.

It also means that GruppeM Mercedes driver Daniel Juncadella will officially be classified as the polesitter for the opening race of the Monza weekend.