The DTM's return to Brands Hatch for the first time in five years this weekend will also mark the first time the series has raced on the circuit's Grand Prix loop.

Mercedes leads the manufacturers' standings while Gary Paffett and Paul di Resta are first and second in the drivers' points.

But Fritz says a "much higher" threat of errors occurring at Brands and Audi's resurgent form means his squad cannot afford to "ease up".

"Brands Hatch is the first real unknown for us this year," said Fritz.

"Of course, it's always great to have a new circuit on the calendar, but the risk of making a mistake with set-up is also much higher.

"So far this season, our team have always been able to provide the drivers with a car with which they could fight for the race win.

"I've got every confidence in our guys that they'll do a great job again in England.

"Still, it's also very obvious that the gap between brands will narrow considerably in the second half of the year.

"We saw Audi get back up to speed recently at Zandvoort (pictured below), and we've had some hard-fought battles with BMW all season.

"At any rate, we must not ease up, otherwise, our lead will very quickly disappear." 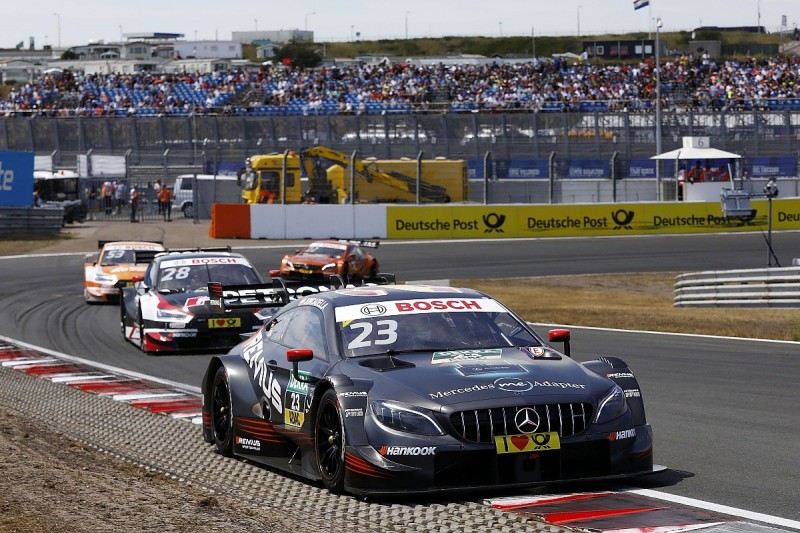 Paffett said the absence of a Friday practice session - the event will be held on Saturday and Sunday as Brands Hatch only has a limited number of days of running available on the GP layout - would make acclimatising to the circuit even more difficult.

"Brands Hatch will be a tough weekend," said Paffett.

"It's a home race for me, but I've not driven there very often in the past, and that applies to the other drivers in the field.

"It's going to be a big challenge, as we won't be having Friday practice and don't know the circuit all that well. After all, we've never driven DTM cars on the Grand Prix circuit before."