Auer, who won the opening round of the 2022 season in Portimao and has three DTM victories to his name at the east German track, posted the benchmark time of 1m30.654s in the opening half of the 20-minute session but couldn't improve his time further as others around him closed in.

Van der Linde, who had been 0.25s behind the Austrian at the halfway point in the session, produced two laps less than a tenth slower than Auer but had to settle for second on the grid as the only non-Mercedes driver in the top four.

Stolz however faces an investigation for crossing the white line at the pit exit.

Felipe Fraga had been third in the closing stages of the session before behind shuffled back to fifth in the Red Bull Ferrari, and will share row with Stolz's team-mate Arjun Maini.

Philipp Eng will line up seventh in the second Schubert BMW, ahead of reigning ADAC GT Masters champion Ricardo Feller in the leading Abt Audi entry. 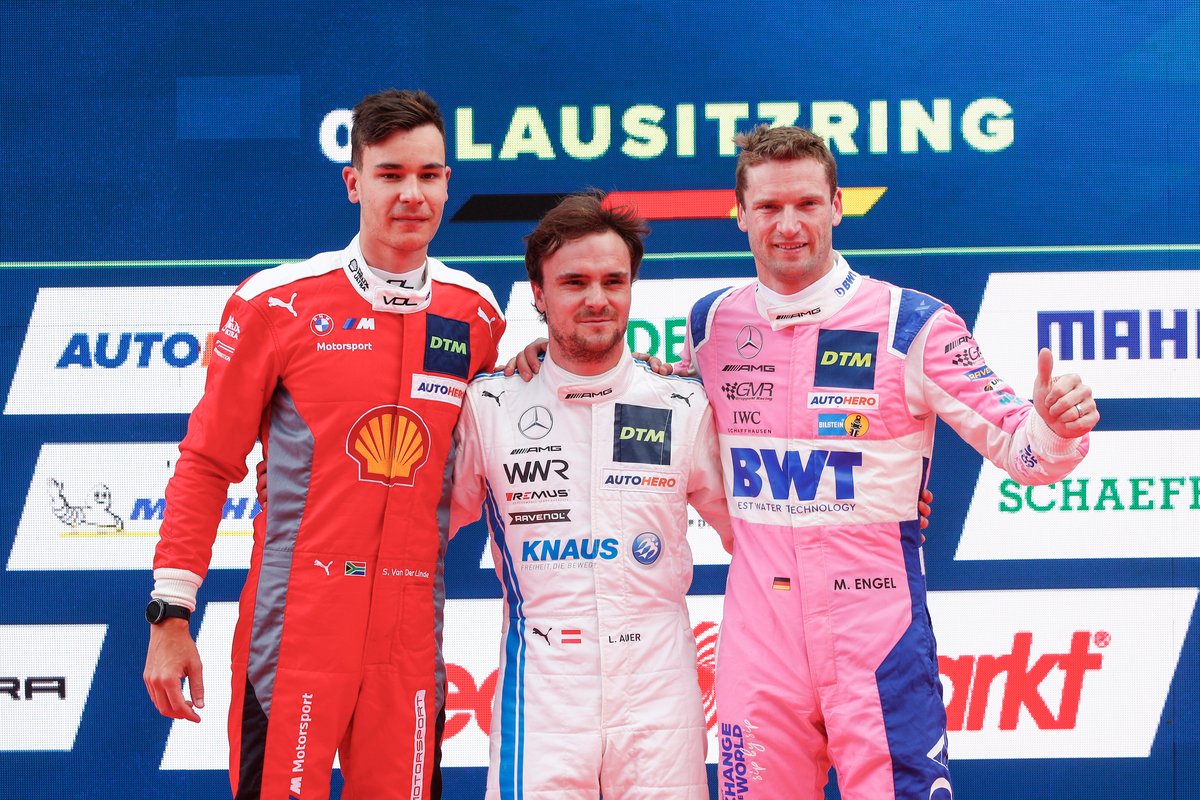 The Swiss set an identical laptime, 1m31.147s, to championship leader Mirko Bortolotti's Grasser Racing Lamborghini but will start ahead courtesy of posting his effort first.

Three-time DTM champion Rene Rast rounded out the top 10, 0.494s down on Auer.

The best Porsche was Dennis Olsen's SSR Performance example in 11th, as Nick Cassidy took 12th on his first appearance of the season in the second Red Bull Ferrari.

Portimao race two winner Nico Muller waited until the final eight minutes of the session to venture out of the pits for the first time, but couldn't repeat Bortolotti's successful adoption of the tactic in Portimao, and could only manage 14th in his Team Rosberg Audi - just behind defending champion Maxi Gotz's Winward Mercedes.

A similar strategy for David Schumacher in the third Winward Mercedes yielded the 17th-quickest time.