T3 Motorsport could expand to a third Lamborghini Huracan GT3 car for next month’s DTM’s round at the Lausitzring.

It is understood that T3 Motorsport is planning to field an additional car for Lamborghini junior Maximilian Paul alongside its full season entries for Esteban Muth and Esmee Hawkey.

This comes amid the backdrop of T3 receiving the delivery of its third GT3-spec Huracan, with the German outfit having switched from Bentley and Audi machinery over the winter.

T3 will deploy its newly-delivered third chassis for the remainder of the ADAC GT Masters season, but it is believed that the car would be ready to race in the DTM with only minor tweaks stipulated under the series’ Balance of Performance rules.

As of now, Paul is only expected to be a part of T3’s home race at Lausitz, with no other outings in the works later in the year.

This is partly because the German is contracted by T3 for GT Masters, where he shares the team’s #71 Lamborghini with Hugo Sasse.

The German outfit had originally been keen on running Paul for the entire season in the DTM but was forced to shelve those plans due to a lack of sponsorship, with the 21-year-old instead focusing on GT Masters.

"We would have liked to have Max as a driver because we think he would have been good for the front third of the field, but unfortunately we didn't have the budget for it," team boss Feucht told Autosport sister title Motorsport-Total.com earlier this year. 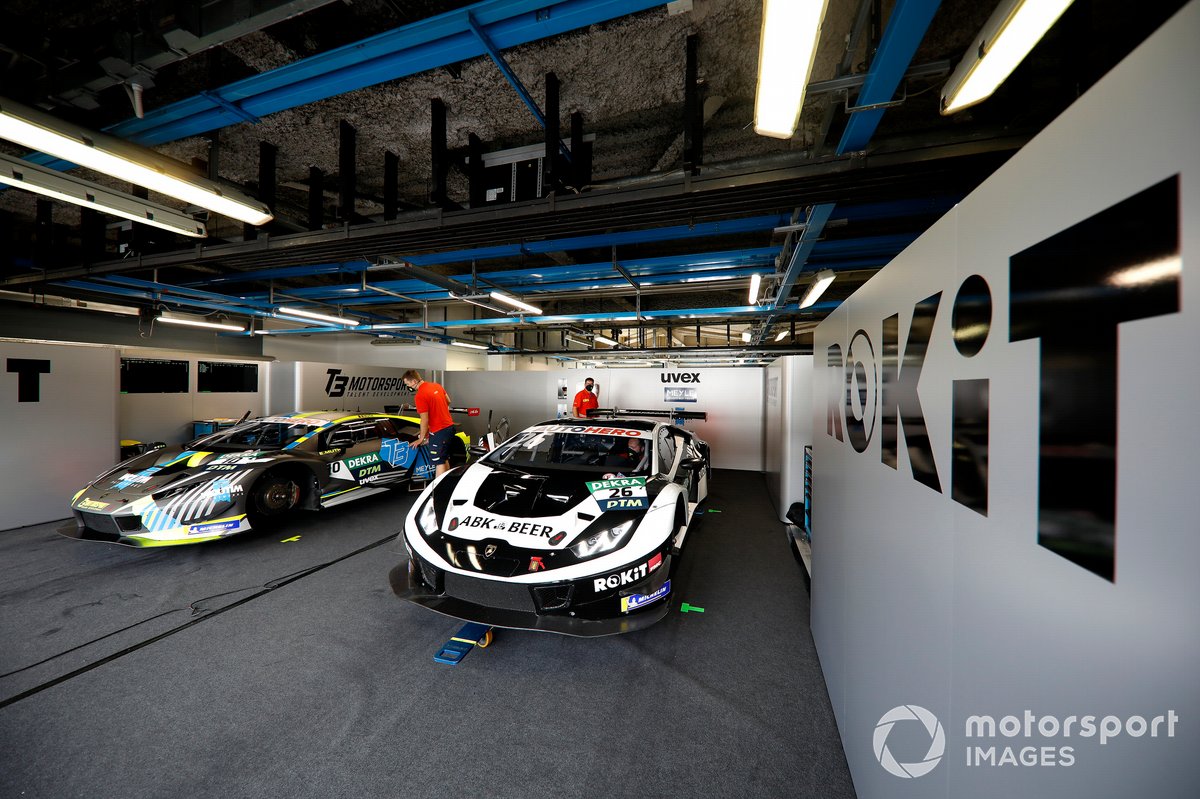 At that time, T3 had decided to delay a full season programme involving Paul until 2022, but it now appears that he could make his DTM debut as early as next month.

Should T3’s plans come to fruition, it would become only the second team in the DTM to field three cars in any given round this season after Abt Sportsline, which is running a trio of Audi R8 LMS GT3s for 2013 champion Mike Rockenfeller, Nurburgring 24 Hours winner Kelvin van der Linde and FIA F3 graduate Sophia Floersch for the entire campaign.

T3 was originally set to field a single car for Muth this year as per an announcement in April.

But after Hawkey’s planned season in the European Le Mans Series with Iron Lynx was thwarted due to a mix-up with her driver rating, she was added to T3’s DTM line-up a week before the start of the season at Monza.

Hawkey went on to secure a best finish of 15th in the pair of races at the Italian Grand Prix venue. Muth, meanwhile, qualified inside the top five on both days and finished inside the points on Sunday.