Factory Lamborghini racer Franck Perera will make his DTM debut at the Norisring this weekend with the Grasser Racing team, deputising for an ill Rolf Ineichen.

Perera will race the #19 Lamborghini Huracan GT3 for the DTM's most prestigious round on 1-3 July, re-uniting with his 2018 Daytona 24 Hours-winning team-mate Mirko Bortolotti at the four-car GRT team.

The Frenchman, a former Toyota Formula 1 test driver who made four IndyCar starts in 2008, has past experience of racing at the Nuremberg street circuit from his F3 Euroseries days in 2004-05 when he twice finished on the podium.

With Ineichen unable to race this weekend due to sickness, 38-year-old Perera was an obvious choice for GRT given that he has competed for the squad in a number of championships including ADAC GT Masters and Blancpain GT (now GT World Challenge Europe) over the years.

“I am delighted to be racing in DTM for the first time in my career,” said Perera, who finished fifth in a British GT one-off for WPI Motorsport at Brands Hatch in 2020.

“I will do my best to be a worthy replacement for Rolf in the number 19 car.

“Moreover, it is nice to be working with GRT again and to be back at Norisring.

“I have very good memories of this great venue from my time in Formula 3 and I can hardly await to be racing there again after such a long time.” 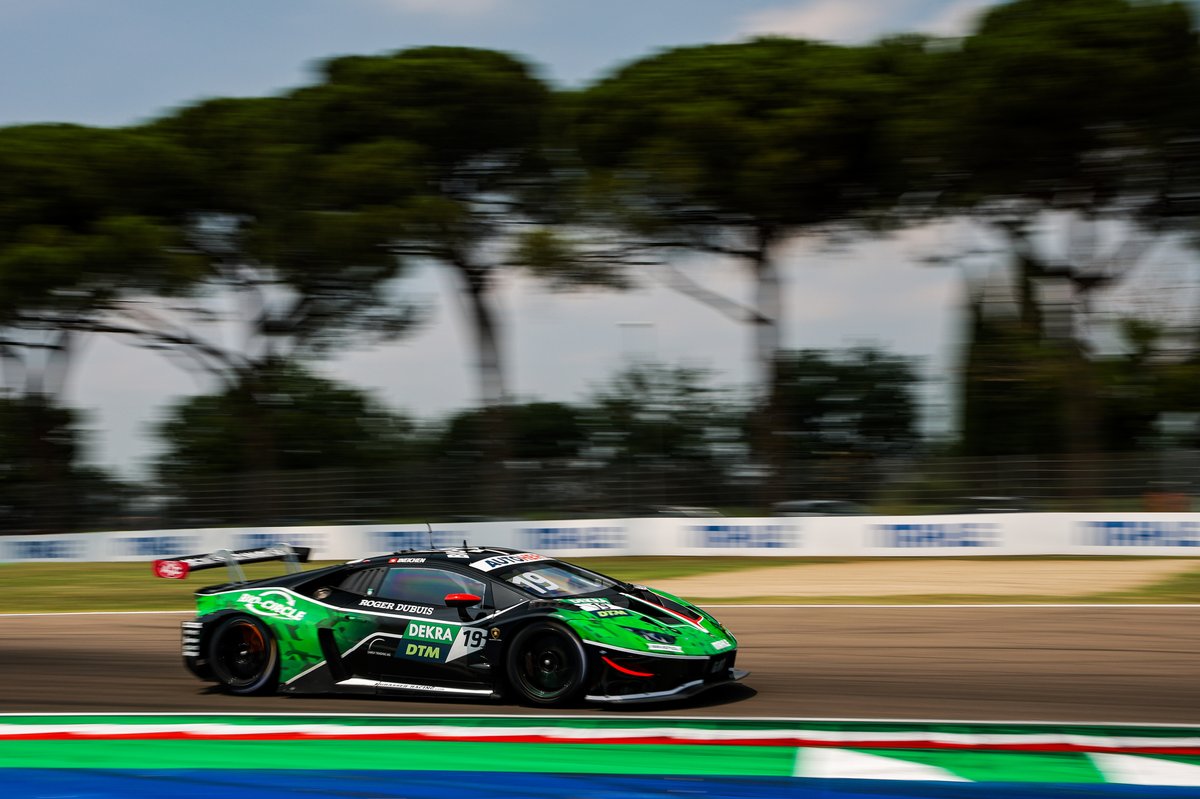 GRT has regularly been fighting for podium positions this year courtesy of its lead driver Bortolotti, who currently sits second in the drivers’ championship behind Schubert BMW driver Sheldon van der Linde.

The addition of a second factory driver in its four-strong line-up, which is completed by Deledda and Clemens Schmid, will boost its chances for Norisring where it has never previously competed.

“Surprisingly, Rolf fell ill at the beginning of the week and I wish him a speedy recovery on behalf of the entire Grasser Racing Team,” said team principal Gottfried Grasser.

“We are relieved that Franck is able to step in at such a short notice. With him, we have worked together very well in the past years. Especially at Norisring, we are lucky to have him as a replacement.

“We are the first time at this track and therefore it is important to rely on a driver who knows the team in this unexpected situation.”

GRT will be the only team representing Lamborghini at Norisring this weekend, with T3 Motorsport absent for a second round in a row.