First-time DTM race-winner Ricardo Feller says his "really on-the-edge" Imola pole lap that put him in position to take victory in Italy was down to watching on-boards of Rene Rast.

The Swiss converted pole to victory after an early safety car that meant he had to pass early stopper Dev Gore on-track.

It meant Abt Audi drivers won both races on the DTM's first visit to Imola, after Rast controlled race one from pole to beat Gore's Team Rosberg team-mate Nico Muller.

Feller's pole position effort was particularly impressive after Audi was hit with an overnight Balance of Performance adjustment which added 25kg to all R8 LMS Evo II runners, while Ferrari had a 5kg reduction which made the 488 Evo GT3 some 45kg lighter than the German machine.

But Feller pipped Ferrari driver Felipe Fraga to the top spot by 0.152s qualifying, which he explained came after watching videos of three-time DTM champion Rast's lap the previous day.

Asked by Autosport how he'd managed the additional weight, Feller said: "The good thing in my point now is that I have all the data and video from Rene yesterday.

"He did an absolutely perfect job, so I managed to take everything of that and to bring it together to one lap which worked out quite well I have to say.

"There was nothing more in there today, it was really on-the-edge.

"I’m super-happy that it worked out and I think this was the key for that lap today."

After holding the lead at the start, Feller dipped a wheel into the gravel exiting the final corner on the opening lap which allowed Fraga to pass. 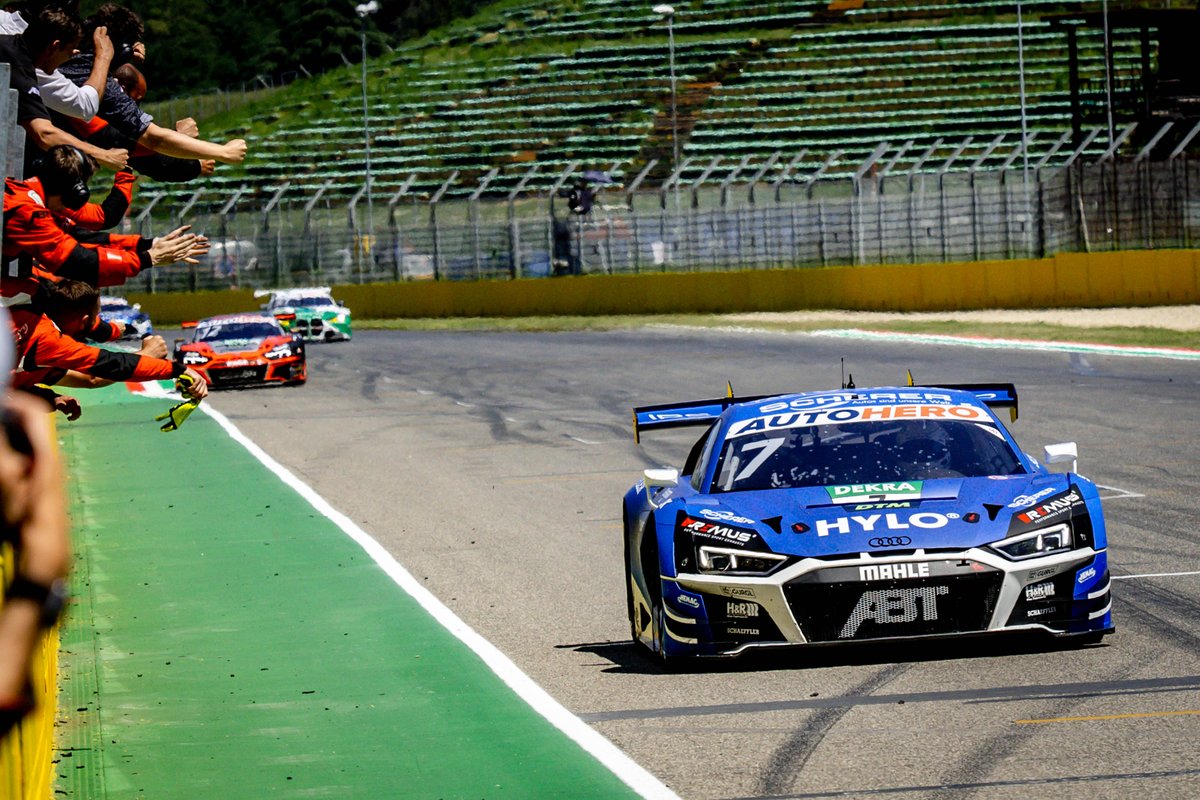 But Feller got him back following a safety car for contact between Rolf Iniechen and Thomas Preining, then moved ahead of Gore to seal the race win having initially believed that the American was yet to make his pitstop.

The reigning GT Masters champion had been forced out of the opening race due to a puncture following his pitstop, and explained that he had been "quite nervous in the car" as he tried to protect his machinery to the end.

"Normally I’m not nervous!" he said.

"After yesterday where I had the puncture, especially the last seven laps I was really not using too much of the kerbs and trying to be very gentle on throttle not to risk anything.

"I’m curious to see the tyre now when they dismount it after the race because this year it seems like we have some issues, but luckily we survived it."

Asked about his early gravelly moment, Feller added: "I’m normally quite calm in the car, that I went to the gravel was obviously a sign that I was not just fooling around, I was really pushing.

"Then Felipe overtook me, which was actually clear because I lost quite a bit.

"But luckily the restart was very good, I could go in front of him before the braking [for Tamburello] which for me then was the key."