Hockenheim race two winner Jamie Green was not handed a strict enough penalty for his handling of the new safety car restart, according to reigning DTM champion Marco Wittmann

The championship's new restart procedure - similar to that used in IndyCar - was implemented for the first time at the 2017 season-opener earlier this month.

It requires drivers to line up side-by-side at 80km/h after the safety car has pulled into the pits before the starting lights switch off and drivers can return to race speeds.

Audi driver Green was handed a five second stop/go penalty after being judged to have jumped the restart - in which he took the lead from Timo Glock, who dropped to fourth.

Despite receiving the penalty, Green was able to build a big enough gap to make his pitstop and rejoin still in the lead before going on to claim victory.

BMW's Wittmann said: "For sure we still have to improve it and in my view I think there should be always a little advantage for the leader [at the restart] because it makes no sense if the leader loses four or five positions.

"In my view the penalty was not hard enough against Jamie probably." 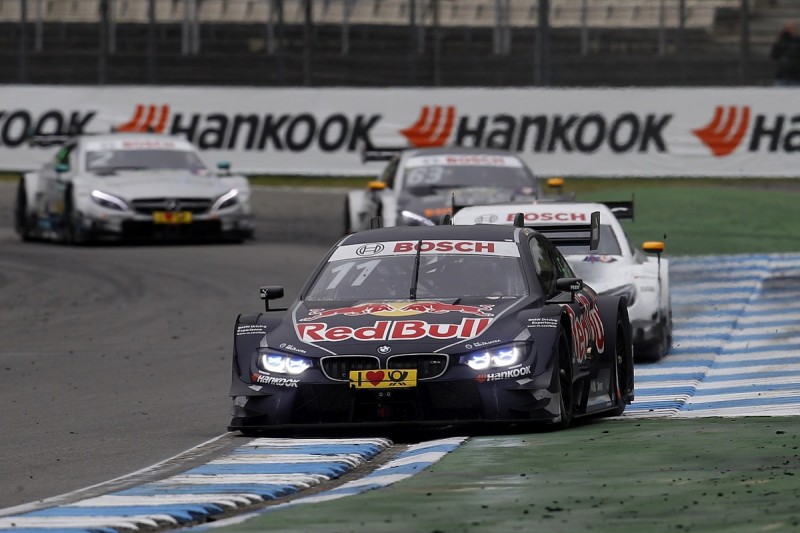 DTM drivers have come forward in support of the new procedure, believing it provides more of a show for fans, but have called on officials to fine-tune the regulation ahead of this weekend's round at Lausitzring.

Audi driver Mike Rockenfeller suggested some drivers further back had gained huge ground at the restart.

"It's a learning process and for sure Hockenheim was not ideal from many aspects in my opinion," he said.

"We need to get together in Lausitzring with the race director because obviously people learn from there.

"The series needs to sort it out mainly to have strict rules, that they can control it and to have a fair restart in a way.

"If you make up one position I am fine but it cannot be that you can gain seven positions because it's just not right in my opinion.

"But for sure it's the right way to go for the fans and for the racing, for the show.

"I'm happy that we have it but we need to fine-tune it."