Factory BMW driver Timo Glock was forced to lament a lap 1 incident and a slow pitstop after returning empty handed from his DTM comeback at Imola.

Qualifying 18th out of 28 drivers for the opening half of the double header, Glock's race lasted only a single lap after he was hit multiple times by Mercedes driver Mikael Grenier as they went side-by-side through Acque Minerali - before receiving another smack from Esteban Muth's BMW at Rivazza.

The damage to his car was so significant that it broke the suspension and Glock had to peel into the pits at the end of the lap to retire from the race.

Speaking in the immediate aftermath of the incident to TV reporters, Glock described Grenier's actions as "more than stupid", questioning why the DTM rookie was so aggressive while running outside points-paying positions.

"He's just a complete idiot, Grenier, or whatever his name is," said the German driver. "He ran into my car 13 times for no reason, sometimes on the straight.

"From the start on, Mikael Grenier was just driving into my car. I don't know what his plan was. But he was on the straight bouncing into my car until my suspension was broken and then I had to slow down and then one of the other guys just drove into me because he couldn't avoid me. 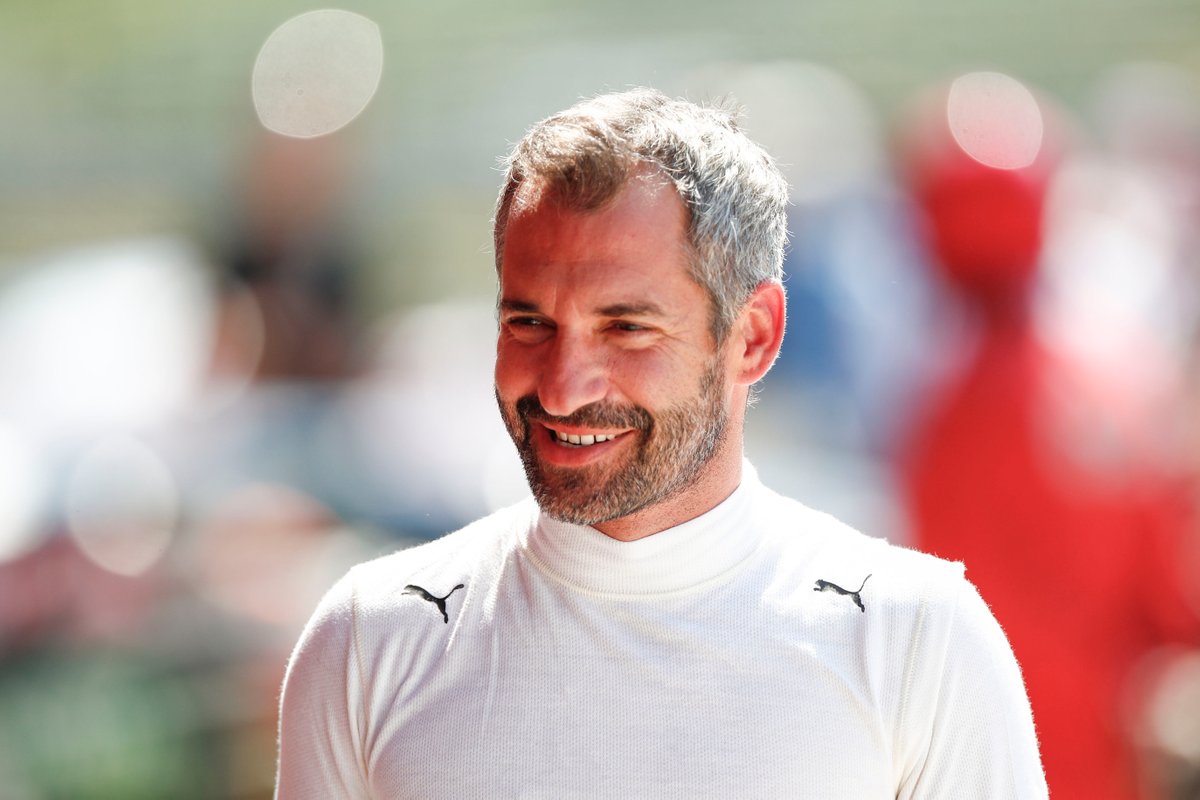 Grenier refuted those claims, suggesting Glock was "hitting me the whole straight" - but elected not to blame him as space around the Imola circuit was at a premium.

"I have no clue. We had a small contact in the straight going up to T9, he was just hitting me the whole straight, he was bang, bang, bang. And then he passed and then he had a puncture," Grenier reflected.

"I don’t blame him, everyone is trying to find space, so I don’t want to blame him, it’s just how it is when you start there. It’s the only chance to pass.

"At the end of the race I had Gotz behind me, with super-fresh tyres, but he couldn’t do anything because to pass here is super-difficult."

For the second part of the weekend, Glock set an excellent lap in qualifying that was only eight tenths shy of Abt Audi driver Ricardo Feller's pole time - although such was the competitiveness of the grid that he could only take the start from 18th place.

Glock made steady progress through the 33-lap race and crossed the finishing line in a respectable 11th place, just under two seconds behind the final-points scoring car of Mirko Bortolotti.

However, the German driver felt he had the pace to break inside the top 10, having lost a significant chunk of time with a slow pitstop at the end of lap 5.

The Ceccato team, which has no experience of tyre pitstops from its time in Italian GT, lowered his BMW before the front-right tyre was fully attached - which meant the car had to be put back on jacks to secure the wheel in its place.

"Sixth or seventh place was possible, but I'm glad that I made it to the finish this time," said Glock.

"Unfortunately we had a really bad pit stop. That's when everything went wrong and we lost eight seconds. I came in behind Marco [Wittmann] and then dropped back."