DTM champions Gary Paffett and Martin Tomczyk's war of words continued at the Lausitzring, on the eve of the second round of the series

An error by BMW driver Tomczyk accounted for Paffett and his ART Mercedes team-mate Lucas Auer in the Saturday race at Hockenheim earlier this month.

Paffett spoke out in the aftermath, dubbing it a "stupid thing to do", and the topic was raised again during Friday's pre-event press conference, attended by both drivers.

"We're not best mates, I don't think," Mercedes' Paffett said, when asked about the pair's relationship.

"What happened on Saturday is something that's hard to forget very quickly, to be honest.

"You work so hard and then something like that happens, and you get taken out of the race in that manner, it's a difficult thing to forget. So..." 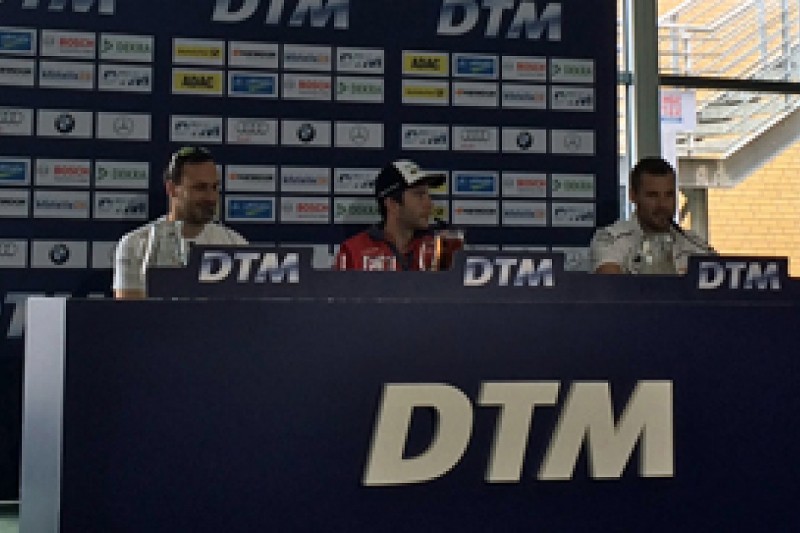 It prompted a Tomczyk interjection: "Sorry to interrupt, but now four weeks are done.

"You already said everything on Saturday, and for me it was already over the top.

"When you sit in the dust house you never should throw stones and for sure you are not the best player sometimes."

Paffett surmised that the pair would have to "agree to disagree".

Practice at the Lausitzring commences later on Friday afternoon.