Fritz's firm HWA tied up with R-Motorsport for the 2019 season after the Swiss squad purchased a license from Aston Martin to enter four privately-run Vantages in the DTM.

But R-Motorsport's Vantage was comfortably outclassed by the factory-built cars from Audi and BMW, with the outfit failing to secure a top five finish all year long.

In January, R-Motorsport announced that it is stepping down from the DTM to focus on other championships, months after a split with HWA that left it without an engine.

It is believed that R-Motorsport spent €20 million over the course of the 2019 season, one-fourth of Audi's estimated budget of €80 million for the first year of the DTM's Class One era.

Asked if the DTM has become too expensive, Fritz, who previously headed Mercedes' DTM programme, told Autosport: "I would say that the DTM is too expensive for a private initiative, for a private team, if you don't have factory support.

"But whether in the end it's too expensive for a manufacturer or just right, that's up to the manufacturer." 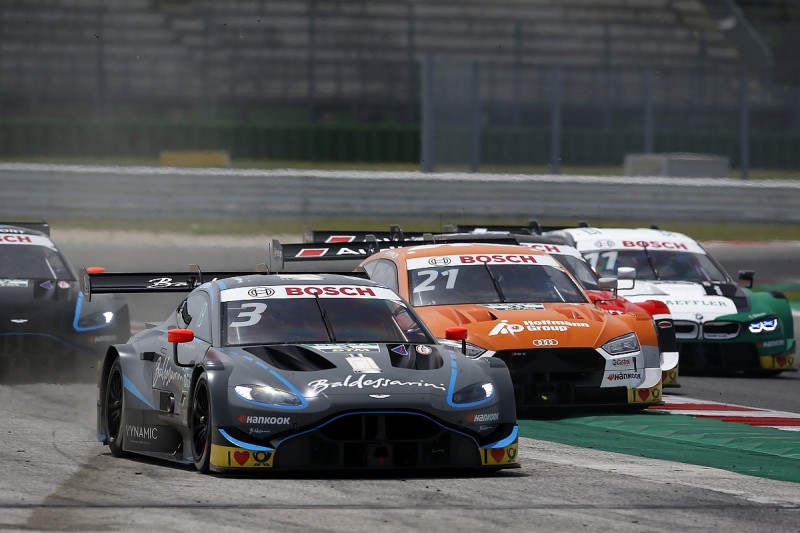 "The question is: What is expensive? DTM is professional motorsport at the very highest level, and you are racing against two premium manufacturers from Germany, who don't give each other a break.

"It's simply all a question of proportionality."

Although R-Motorsport's DTM stint ended after a single season, fellow privateer squad WRT has confirmed that it will stay in the category in 2020, racing three customer Audi RS5s.

It will be joined by single-seater powerhouse ART, which is venturing into the DTM this season with a sole BMW M4 driven by ex-Formula 1 driver Robert Kubica.

There has also been a push to get Japanese manufacturers to contest the DTM with their SUPER GT cars, but little progress has been made in that regard despite the two series converging on technical regulations.

Fritz said he would like to see a "plug-and-play solution" akin to the one seen in SRO's GT3 and GT4 championships around the world.

"If a Japanese driver would come here, he would be able to race relatively easily - with a fully developed car," he said.

"That's also the idea behind the whole GT3 and GT4 theme, that the cars can be used universally in different race series."

Audi reveals identity of its ninth driver for 2020 DTM season