DTM to test use of DRS at Barcelona test

AUTOSPORT understands that a final decision on whether or not such a system will be used this year will not be taken until the next board meeting of series promoter the ITR, and that data gathered in Spain will play a key role in the outcome.

Mercedes team leader Gary Paffett, the 2005 DTM champion, believes that DRS would increase the amount of on-track passing in the series, as it has done in Formula 1 in recent years.

Paffett said: "The DTM is so evenly-matched that it's becoming more and more difficult to overtake each other.

"I think the fans would enjoy it a lot if we had something like DRS in the DTM."

Audi driver Adrien Tambay is also in favour of the introduction of DRS.

"As a racer, I'm happy about anything that gives us better opportunities for overtaking," he said.

"If the system works well it's no doubt a great idea. I'm also sure that the fans will love it."

Also due for a final evaluation at the upcoming test is Hankook's latest-specification of a Formula 1-style option tyre. 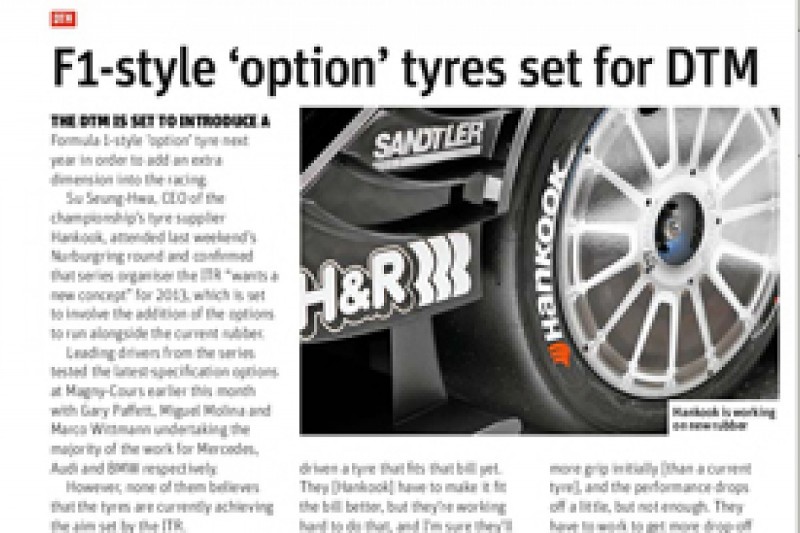 AUTOSPORT revealed last August that the Korean manufacturer was keen to introduce such a tyre to the DTM and that testing of such a product had begun as early as July 2012.

It is understood that both new ideas would likely be introduced in 2014 if there is not deemed to be sufficient time to implement their effective uses this year.