Having secured third in qualifying earlier on Sunday in mixed weather conditions, Cassidy was able to pass Rast on track early in the race before leapfrogging championship leader van der Linde in the pits to claim the lead.

Van der Linde kept the pressure up on Cassidy for the remainder of the race, but the Kiwi was able to resist his advances of the Schubert BMW driver to become the 10th different driver to win a race this season.

At the start of the race, van der Linde made a rapid getaway from the outside of the front row to nose ahead of polesitter Rast, before completing the move on the run to Eau Rouge.

Rast, meanwhile, was forced to turn his attention to a charging Cassidy, who appeared quicker of the two in the first stint and made several attempts at passing the three-time champion for second.

On lap seven Cassidy tried to make a move around the outside of La Source but got hit by the Abt Audi of Rast, who had moved to the right to take the racing line.

Despite the contact, Cassidy was able to get a great exit out of the right-hander and was able to finally make the pass, even as Rast tried his best to retake the position.

All of this allowed van der Linde to inch clear at the head of the field, but his hard work was undone by a slow 11-second pitstop two laps later, as the Schubert pit crew struggled to remove his front-left tyre.

This meant that when Cassidy came into the pits two laps later and had his car serviced in just 7.6s, he was able to rejoin the field ahead of van der Linde in the net race lead.

Aware Cassidy was on cold tyres and at his most vulnerable, van der Linde immediately launched an attack on the Kiwi, who was forced to defend hard on the Kemmel straight. 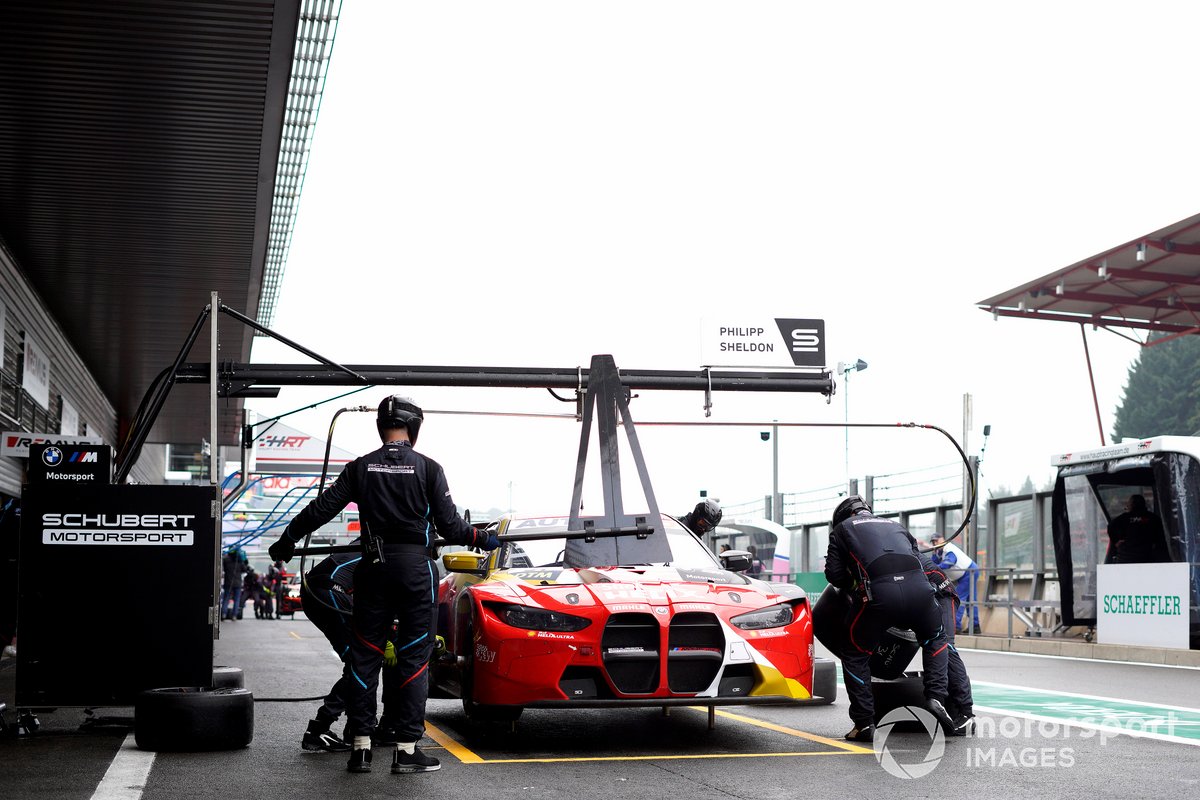 The two drivers continued to battle into Les Combes and Bruxelles, with van der Linde appearing to have an edge at one point, but Cassidy somehow managed to keep his nose ahead to remain at front.

Cassidy had pulled out a small lead when a FCY had to be deployed for the stranded car of Rast, who had suffered an abrupt left-rear puncture while running in third place in a major blow to his championship hopes. The German driver had already been hit with a five-second time penalty for hitting Cassidy earlier at La Source, which would have dropped him outside of the podium spots.

The FCY period that Rast caused was followed by a one-lap dash to the finish, with drivers lining up in two-by-two formation for the restart.

As the race resumed, van der Linde tried to take the outside line into La Source, but Cassidy had him covered and maintained the lead. The BMW driver had another look going into Les Combes, but the Kiwi again had him covered as took the chequered flag by 0.680s to celebrate his first DTM win.

It was the second win for the AF Corse-run Red Bull operation in DTM this year, following team-mate Felipe Fraga’s victory at the Norisring in July.

Van der Linde had to settle for second position but with his Rast retiring and Mirko Bortolotti finishing only 10th, the South African was able to extend his lead even further with just two rounds still to go.

The final spot on the podium once again went to the Team Bernhard 75 Porsche of Thomas Preining, who was able to pass the Winward Mercedes of Lucas Auer and then resist the Austrian on the final lap.

Fourth place for Auer, after a puncture caused his retirement from race one while lying second, means he climbs ahead of Rast to second in the championship. 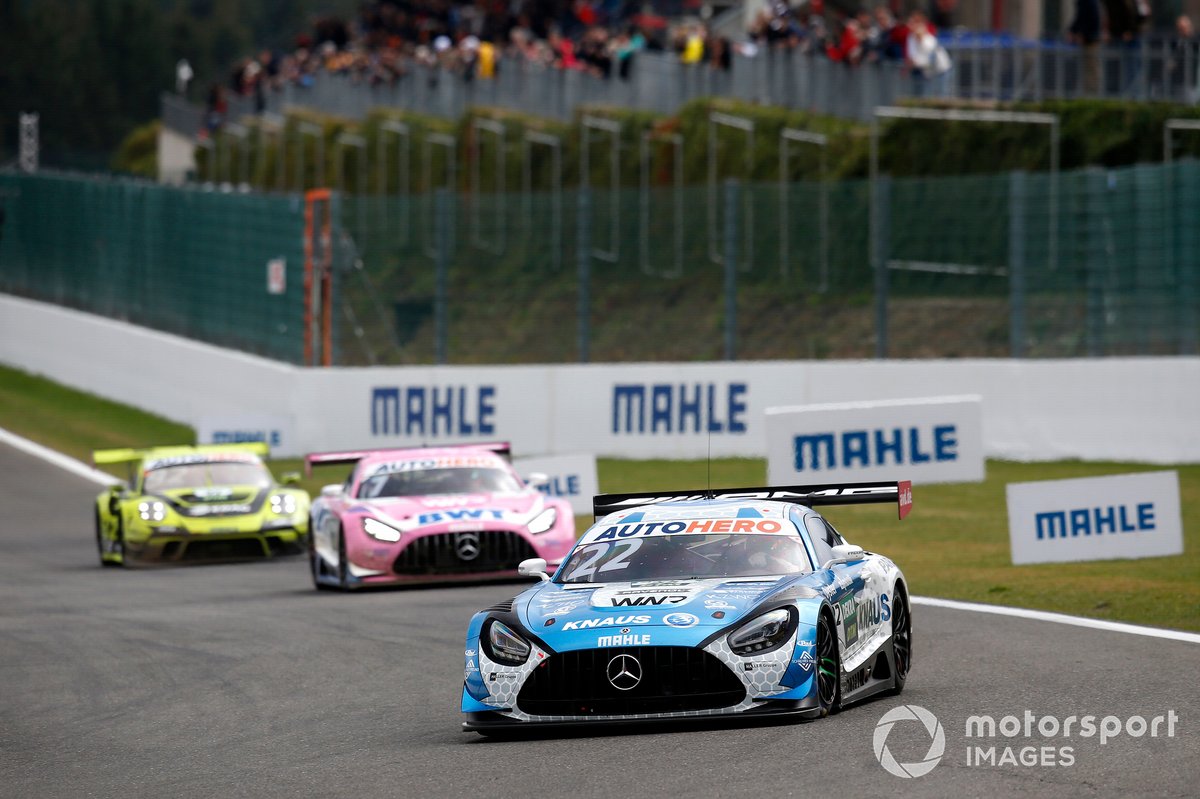 Auer led a trio of Mercedes cars at the finish, with HRT”s Luca Stolz and GruppeM driver Mikael Greiner right behind him in fifth and sixth respectively.

Schubert BMW’s Philipp Eng was classified seventh ahead of the second Red Bull of Fraga, as Marco Wittmann took advantage of the midfield chaos on the last lap to climb to ninth in his Walkenhorst BMW.

Bortolotti could only salvage a 10th place finish after starting 22nd on the grid, losing a handful of spots at the restart.