Red Bull duo Cassidy and Felipe Fraga appeared the favourites for pole positions at the energy drink giant’s home event in Austria, the two monopolising the top spot for much of the 20-minute session.

It was Fraga who led the way at the halfway point with a time of 1m28.109s in his AF Corse Ferrari, while teammate Cassidy elected to stay in the pits and put all his efforts on a single run later in qualifying.

When the New Zealander finally joined the track with less than 10 minutes left in the session, he was rapid straight out of the gates, snatching the top spot from Fraga with a 1m27.884s.

Cassidy found another half a tenth on his next flying lap, which gave him the confidence to head back to the pits with 30 seconds left on the clock.

This gave Rast the opportunity to score a last-gap pole, and he duly delivered with a 1m27.698s, scoring three crucial championship points in the process.

However, in lieu of not serving an in-race penalty at Spa due to retirement - incidentally for a collision involving Cassidy - he will take the start from fourth on the grid.

This means it is Cassidy who will start the race from the head of the field, fresh off his maiden victory in Belgium a fortnight ago, with Team Rosberg’s Nico Muller joining him on the front row. 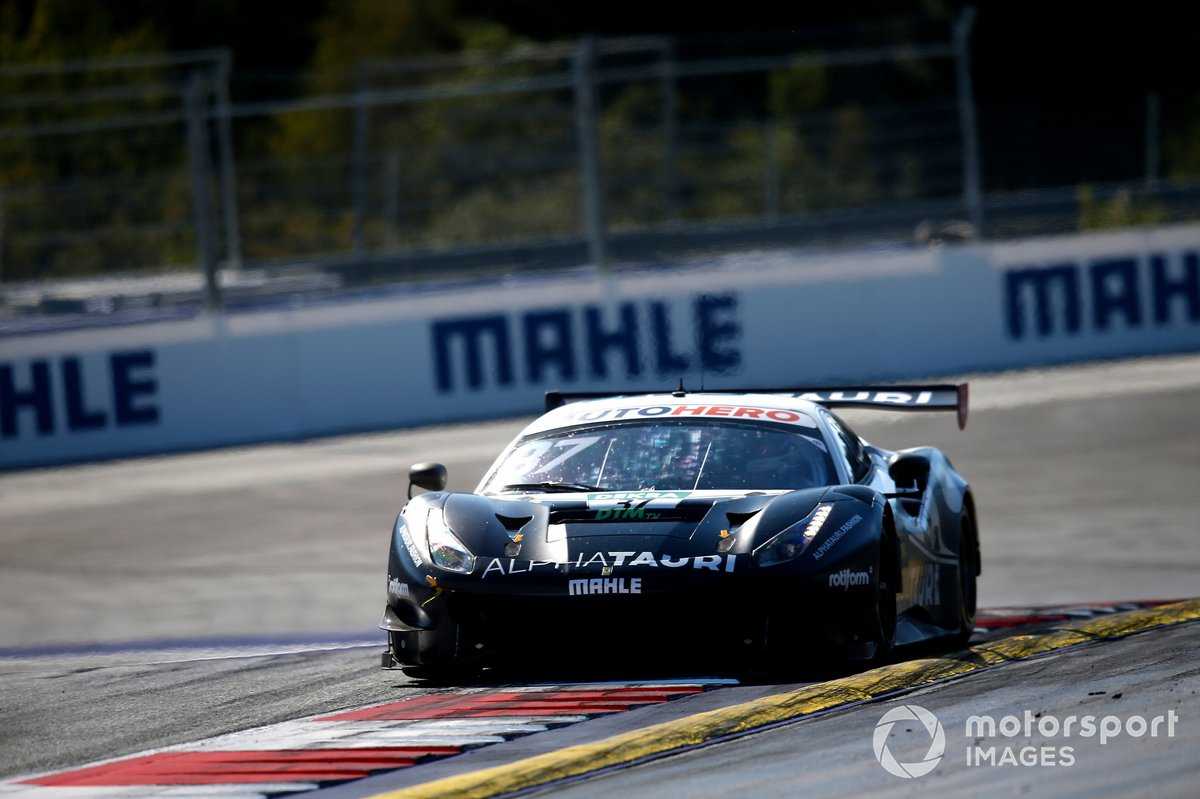 Muller jumped up to a net second late in qualifying with a 1m27.959s, leapfrogging the Abt Audi of Ricardo Feller by less than a tenth of a second.

Fraga will line up fifth on the grid behind Rast after failing to dip below the 1m28s mark in qualifying, with Mirko Bortolotti putting his Grasser Lamborghini sixth on the grid with a time that was just 0.002s shy of Fraga.

The Italian crucially qualified 11 places ahead of championship leader Sheldon van der Linde (Schubert BMW), who never featured near the front in qualifying and will have to take the start in 17th position.

Bortolotti will be followed on the grid by a slew of Mercedes cars led by HRT’s Arjun Maini and the Winward of Lucas Auer, the latter slipping to third in the championship courtesy of the bonus points scored by Rast.

Reigning champion Maximilian Gotz was ninth for HRT, while Maro Engel rounded out the top 10 in the GruppeM AMG GT3.

Esteban Muth’s stand-in Leon Kohler put in a solid effort in qualifying to be the top BMW on the grid in 12th, five places ahead of van der Linde and seven in front of Walkenhorst teammate Marco Wittmann.

Porsche had a low-key qualifying at the Red Bull Ring, with Thomas Preining the marque’s top representative in 13th.