Preining took the start in seventh but was slowly able to carve his way through the field on a wet track, overtaking polesitter Maro Engel for the lead on lap 16 of 35.

A slow 11.2s pitstop left him vulnerable to the Mercedes of Luca Stolz, but he was able to rejoin the track in the lead before cruising to a comfortable 4.6s win.

At the start of the race, GruppeM Mercedes driver Engel came under pressure from Saturday winner Nick Cassidy, as Philipp Eng passed the other Red Bull Ferrari of Felipe Fraga to move up to third.

Once the initial threat from Cassidy was dissipated, Engel was able to pull away from the chasing pack, seemingly on his way to a dominant win as the race reached the one-thirds distance.

However, Preining was overtaking one driver after another further down the pack, barging past the HRT Mercedes of Arjun Maini and the Winward AMG GT3 of Maximilian Gotz on successive laps before reeling in the Schubert BMW of Philipp Eng.

After Cassidy came into the pits on lap 10, Preining set about bridging the 5s gap to Engel at a rapid rate of knots, and finally sent his Porsche down the inside of the GruppeM Mercedes at the penultimate corner six laps later to complete the race-winning move.

By the time he headed into the pits on lap 23, he had a lead of nearly six seconds. Although his pitstop was excruciatingly slow at 11.2s, he was still able to rejoin the field ahead of Stolz’s Mercedes, who had jumped up the order by pitting on lap 7 and was running in clear air. 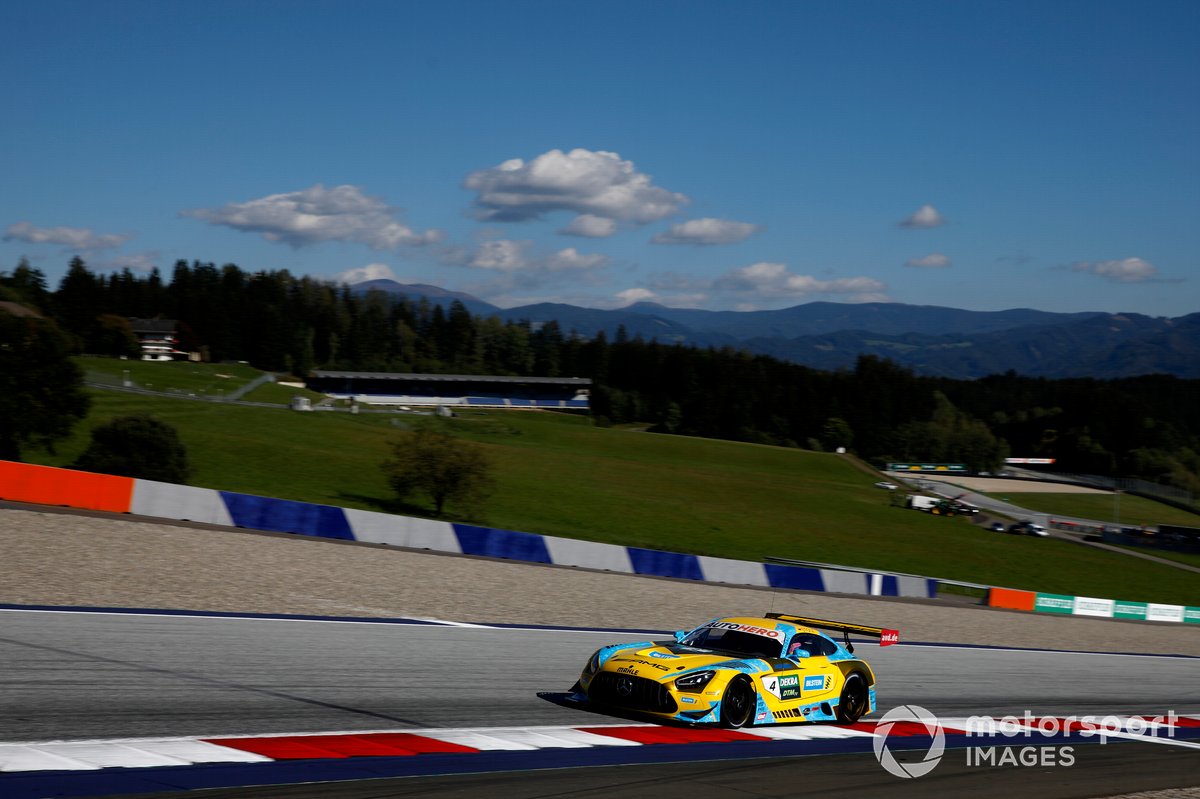 Preining had no trouble keeping his wet tyres in good condition as the track began to dry out, taking the chequered flag at the end of lap 35 with a winning margin of 4.6s from Stolz.

Engel was one of the several drivers to gamble on slick tyres and although the move initially appeared to backfire, he was able to make rapid gains towards the end of the race to clinch the final spot on the podium.

However, the German driver remains under investigation for pitching the SSR Porsche of Laurens Vanthoor into a spin at Turn 3 in his late-race charge for third position.

Maini was also one of the drivers to switch to slick tyres late in the race and, after dropping as low as 12th, he recovered to fourth position - equalling his best result of the year.

Eng dropped to fifth towards the finish on wet tyres, while championship contender Lucas Auer recovered from a poor qualifying to finish sixth after successfully gambling on slicks.

Gotz made it five Mercedes cars inside the top 10 in seventh, beating the top Audi of Team Robserg driver Nico Muller.

Grassr Lamborghini's Mirko Bortolotti appeared to be set for another non-points finish but an inspired decision to take on slick tyres elevated him to ninth at the finish, just ahead of the SSR Porsche of Dennis Olsen. 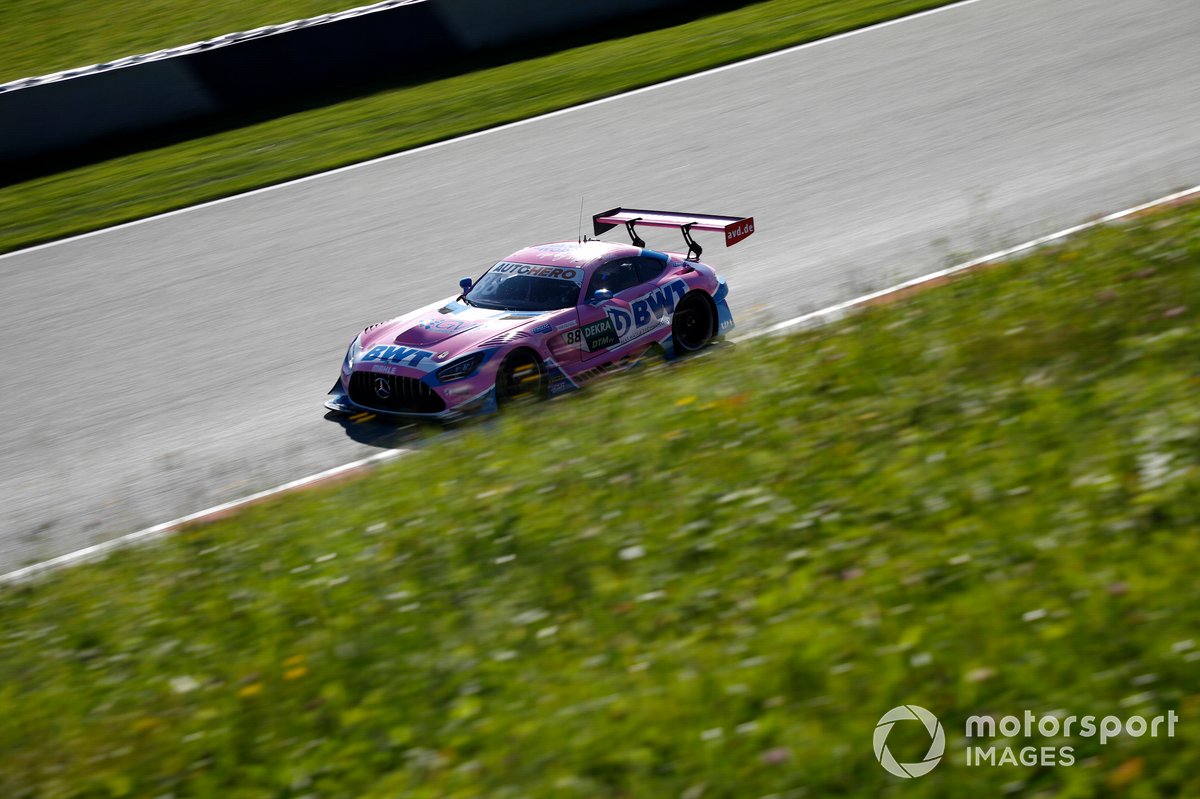 Three-time DTM champion Rene Rast had looked set for a strong top five finish but he could do little to hang on to his position on wet tyres on a drying track, dropping outside of the points in 11th.

Sheldon Van der Linde’s torrid weekend in Austria yielded no points as he finished down in 12th, not helped by a nine-place grid drop for repeatedly exceeding track limits in Saturday’s opening race.

The Schubert BMW driver goes to the Hockenheim finale on 130 points, 11 clear of Auer's Mercedes, with Rast, Preining and Bortolotti all in the hunt for the crown.