Wittmann was involved in an incident at the start of the second race with main title rival Edoardo Mortara, but he recovered from being punted sideways to finish the affair in fourth.

That extended the Team RMG driver's lead to 26 points with two races of the season to go, with Mortara retiring his car three laps from the finish having spent the majority of the race in 21st.

But Wittmann was later thrown out of the results after DTM stewards adjudged that the thickness of the skidpads on the underside was "insufficient" according to the series' technical regulations.

Wittmann's exclusion means that his advantage over Mortara in the championship is reduced to 14 points.

The German will instead head to the final Hockenheim event with 176 points, to Mortara's 162.

It also brings Audi driver Jamie Green back into title contention, despite the Briton retiring from the second race after he was caught up in Mortara and Wittmann's startline altercation.

With third-place finisher Dani Juncadella also excluded for the same offence on his Mercedes, Antonio Felix da Costa instead inherits the final podium spot having finished fifth on the road.

Both BMW and Mercedes have appealed the exclusions and have one week to explain the grounds on which they wish to do so before a judgement can be made. 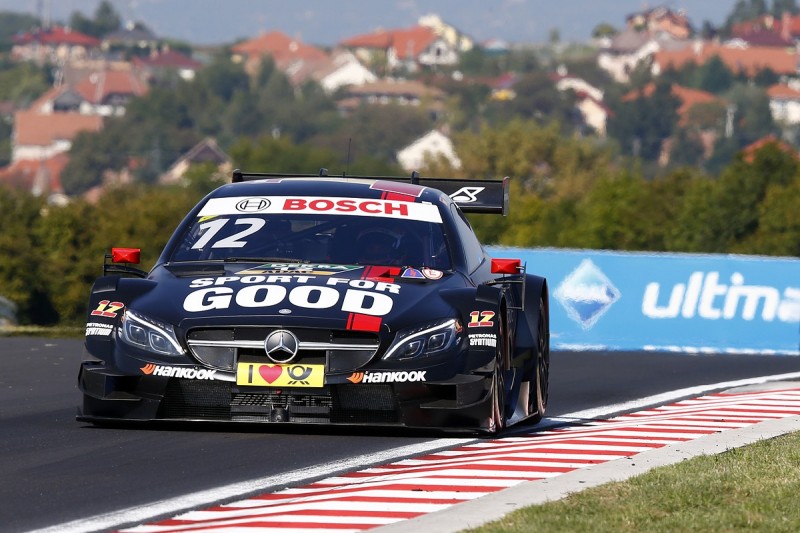 Audi: No one to blame for DTM title rivals' Hungary collision