The first DTM race of the weekend at the Nurburging has been delayed indefinitely due to low-hanging fog.

The grid for the ninth race of 2022 had been set by championship positions as the unrelenting mist forced this morning's qualifying session to be cancelled.

Points leader Mirko Bortolotti lined up on pole in his Grasser Lamborghini ahead of Sheldon van der Linde's Schubert BMW, but the race was delayed as the fog persisted, obscuring visibility for drivers, trackside marshals and the rescue helicopter crew.

One hour after the original scheduled start time, race director Scot Elkins issued an update confirming that the race would be "delayed indefinitely until conditions improve".

Cars have been stationary on the grid, but there is currently no sign of the weather improving.

Former DTM racer Martin Tomczyk, who now works for series organiser ITR, has been on track together with Elkins and DTM boss Gerhard Berger in the safety car.

Asked if it was likely that a race could be held today, the 2012 DTM champion said: "I can say now that it is not realistic for now.

"Unfortunately, the weather conditions have not changed from the planned start.

"I've now driven two laps with Scot Elkins, and at the moment the weather conditions have unfortunately not changed, so it's too dangerous to really start a race safely." 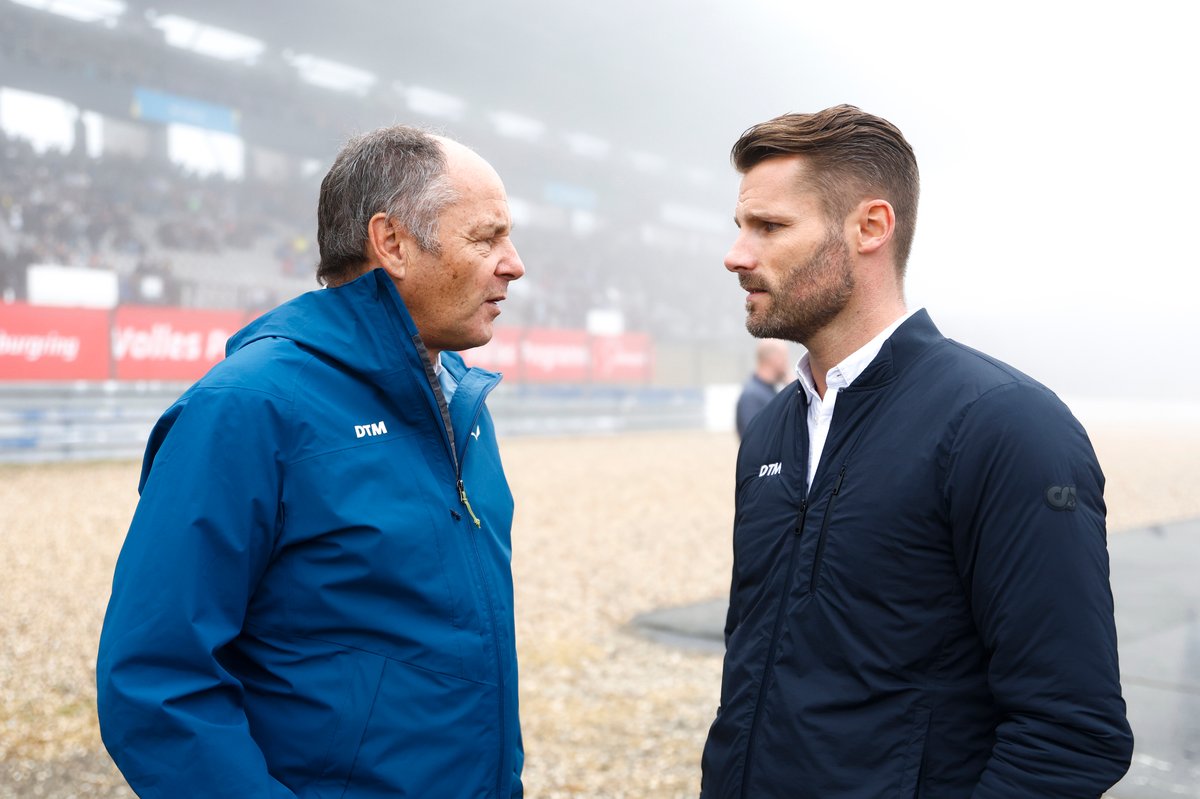 Tomczyk explained that there was a "hard cut due to track operations between 6 [pm] and 7 [pm] to start the race, the latest" before the race would be cancelled.

"Obviously we don't want to wait that long, but if so we have to wait," he said.

"But we still have that two or three hours now, and we will wait this time now.

The DTM has communicated that any fans who bought a ticket for Saturday will receive a free entry to the circuit on Sunday, when it is hoped that racing will not be interrupted by the weather.

Earlier, Berger had said: "I just was on the circuit and I have to say, I'm old-school, I would just go and start.

"But then I was around the circuit and I saw on the circuit some areas where even myself said 'doesn't work'. Safety has priority.

The DTM's sporting regulations state that two racing laps must be completed before half points can be issued.

Practice in dry conditions on Friday was headed by SSR Porsche driver Dennis Olsen, who has been assigned 12th on the grid due to his position in the standings.

Bortolotti, who was fastest in first practice, was third fastest when the two sessions were combined, behind Luca Stolz's HRT Mercedes.