Felipe Fraga secured his first DTM pole position at the Norisring, as the Red Bull Ferrari driver pipped Group B pace-setter Mirko Bortolotti in his later Group A session.

Fraga, who retired from race one following a heavy hit from Esteban Muth at a restart, becomes the eighth different polesitter from as many races as he outpaced two-time DTM champion Marco Wittmann's Walkenhorst BMW by 0.174s in the faster of the two 20-minute qualifying sessions.

These were run in reverse order to Saturday, as the series organisers split the field into two groups around the short 1.429-mile track based on their pre-event championship positions, with odd numbers in Group A and even numbers in Group B.

Brazilian driver Fraga set two laps good enough for pole, improving on his 48.861s effort with a later 48.717s that just shaded the 48.785s posted by Bortolotti (Grasser Lamborghini) to head Group B.

Bortolotti, who lost his qualifying times from race one for not presenting himself to be weighed after the session, will therefore start second ahead of Wittmann.

Fraga's new team-mate Ayhancan Guven again shone in qualifying, the series debutante again setting the second-fastest time in Group B behind Bortolotti, but he will start seventh due to a three-place grid penalty for contact with Lucas Auer in race one.

The Turkish driver, who is standing in for Nick Cassidy while the Kiwi is on Formula E duty in Marrakech, told Autosport that the incident came after his car had already been deranged by contact when he accidentally engaged the full course yellow button on his steering wheel at Turn 1.

With Guven dropping back, race one winner Thomas Preining (Team Bernhard Porsche) is therefore promoted to fourth ahead of defending champion Maximilian Gotz (Winward Mercedes) and three-time champion Rene Rast (Abt Audi) as six different manufacturers fill as many positions.

In the opening Group B session, Guven set the early pace and headed the order at the session's halfway point.

Race one runner-up Dennis Olsen briefly seized the initiative, only for Guven to snatch back the top spot. But both were then beaten by the marauding Bortolotti, whose time went unchallenged to the end of the session. 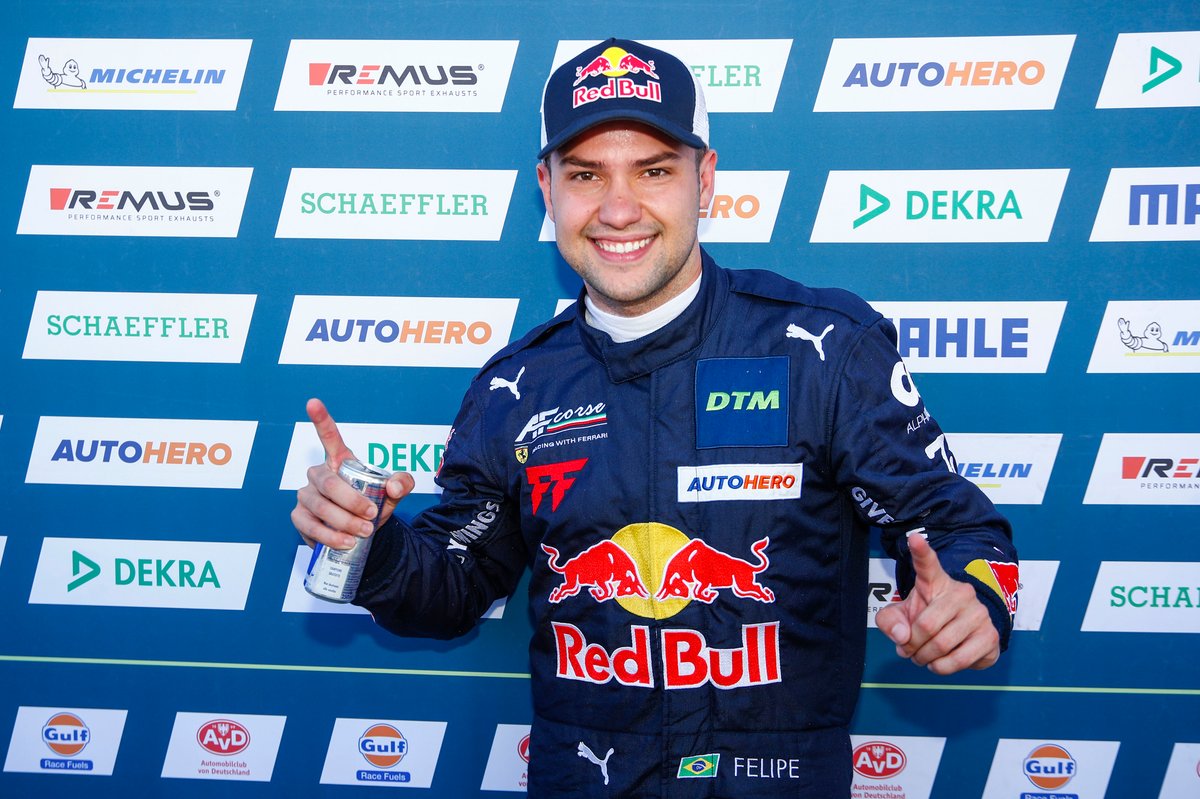 Gotz moved up to third ahead of Olsen, who will start eighth despite the Porsche carrying an additional 10 kilos following a Balance of Performance tweak.

Audi also received five kilos of additional weight, and race one poleman Kelvin van der Linde could only manage the tenth-quickest time of Group B in his Abt machine.

In Group A, Preining showed no signs of being slowed by his extra weight as he duelled with Fraga for top spot early in the session, the pair split by just 0.007s at the halfway stage.

Preining posted the first sub-49s lap, but that effort was beaten by Wittmann and then Fraga - who had been shuffled briefly back to fourth.

Laurens Vanthoor had been due to start 18th in the second SSR Performance Porsche, but has been demoted to the back of the grid because his fire extinguishing system was not connected.

Muth and Franck Perera's cars have been withdrawn from the meeting following their heavy crash in race one, which was among the numerous incidents that have caused leading paddock figures to call for greater "respect" from drivers in race two.