Several DTM drivers have expressed their desire to keep Spa-Francorchamps on the calendar next year following a pair of exciting races at the Belgian venue last weekend.

Despite being considered one of the most iconic tracks in motorsport, Spa has only featured thrice on the DTM calendar since the series’ revival at the start of the century: in 2005, 2020 and again this year.

The 7.0km venue in the Ardennes forest played host to some of the best racing seen so far this year, aided by mixed weather conditions, with Porsche’s Dennis Olsen and Red Bull driver Nick Cassidy scoring their maiden race wins on Saturday and Sunday respectively.

However, the future of Spa in DTM remains uncertain ahead of the expected announcement of the 2023 schedule this month, with the series keen on going “back to the roots” and having more races in and around Germany next year.

But the drivers themselves are in favour of making Spa a regular fixture on the DTM map, with many praising it for its rich history and unique layout.

“It's my favourite track on the calendar this year," said reigning GT Masters champion Ricardo Feller.

“I think it's great that it's so long and has a mega-cool mix of very fast corners like Blanchimont or Eau Rouge, a lot of medium-speed corners like the ones we have in the middle sector, which I personally really like, and then there are also slow corners with overtaking opportunities.

“I simply like this mix. There is a lot of up and down. It's simply a type of track that I like.”

Feller's Abt Audi team-mate Kelvin van der Linde added: “Basically, any Formula One circuit on the calendar is a privilege.

“It's always great fun and Spa is always one of the icons in the motorsport world. For racing, it's maybe not the best track because in GT3 we don't get as close as for example in Hockenheim, where the racing is usually always extremely good.

“But basically, it's an iconic track. I'd like it to stay.” 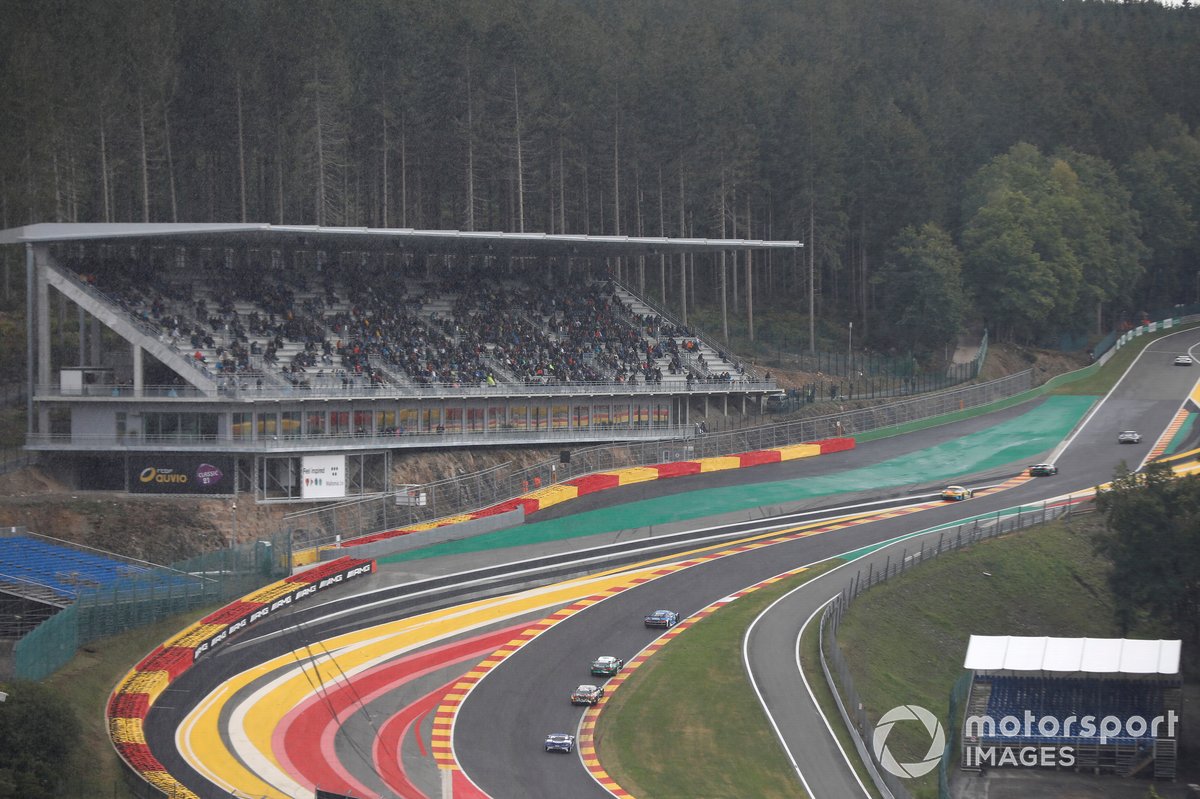 Three-time DTM champion Rene Rast has fond memories from the venue having won the Spa 24 Hours back in 2014, but conceded its future on the calendar will depend on how lucrative the track can be for the series.

“Spa is of course one of the tracks that most racers already know very well and like very much because it is still a relatively natural track and also has many challenges,” he said.

“I think that if they can get a few more spectators here, it will be more interesting for the ITR and the DTM. But for us drivers, it is of course one of the most beautiful tracks we drive on.

“But in the end, it's the number of spectators that counts, of course."

SSR Performance driver Olsen was another driver to support the bid for keeping Spa on the calendar shortly after scoring his first DTM win in Saturday’s opening race.

“This is a very special track,” he said. “I think this track fully deserves to be on the DTM calendar.

“It provides great racing, as we saw on Saturday with the weather. It’s similar to Nurburgring where the weather can change at any moment and in combination with this track [layout], I think it’s one of the absolute best places you can go to.”

“I’m coming here since many, many years. Maybe [not] two decades but it feels long. I was able to win the 24 hours race, finish in P2 this year, this huge race and now in P2 in the DTM year. So for me, yes.”

Team Bernhard Porsche’s Thomas Preining said “Spa should be on any calendar, for any European season to be honest”, before adding: “It’s one of the best tracks in the world. There’s a reason why we love it. It’s always action-packed racing and we saw this weekend.”