DTM drivers feel they will not be able to complete the banked first corner of the Lausitzring circuit at full throttle after sampling the new layout in practice on Friday.

The DTM will use a small section of the Lausitz tri-oval that hosted a pair of CART (later Champ Car) races in early 2000s, integrating its opening corner into the circuit's familiar grand prix layout.

The high-speed left-hander replaces a complex sequence of slow-to-medium speed corners, increasing the average speed of the track and potentially creating more opportunities for overtaking.

Coming into the weekend, several drivers were confident of taking Turn 1 flat out in qualifying based on the data they had collected on simulators.

However, having now driven around the track in GT3 cars for the first time in FP1, many are of the opinion that they will have to lift out slightly on the banked section to avoid crashing into the wall situated on the outside edges of the track.

The bumpy nature of the track as well as discarded rubber thrown off cars are believed to contribute to the problem.

"Definitely for me it wasn't flat yet and I doubt it will be any time of the weekend," said last year's runner-up Nico Muller, who is driving for the Audi works-supported Team Rosberg this season.

"It's still very, very fast, but I think it does need a bit of a lift just to lower the front axle and make sure you can stay on the clean line.

"You can see quite a lot of pick up and dirt higher up in the banking so if your car is too much to the right you drive through that dirt and lose all of the grip. 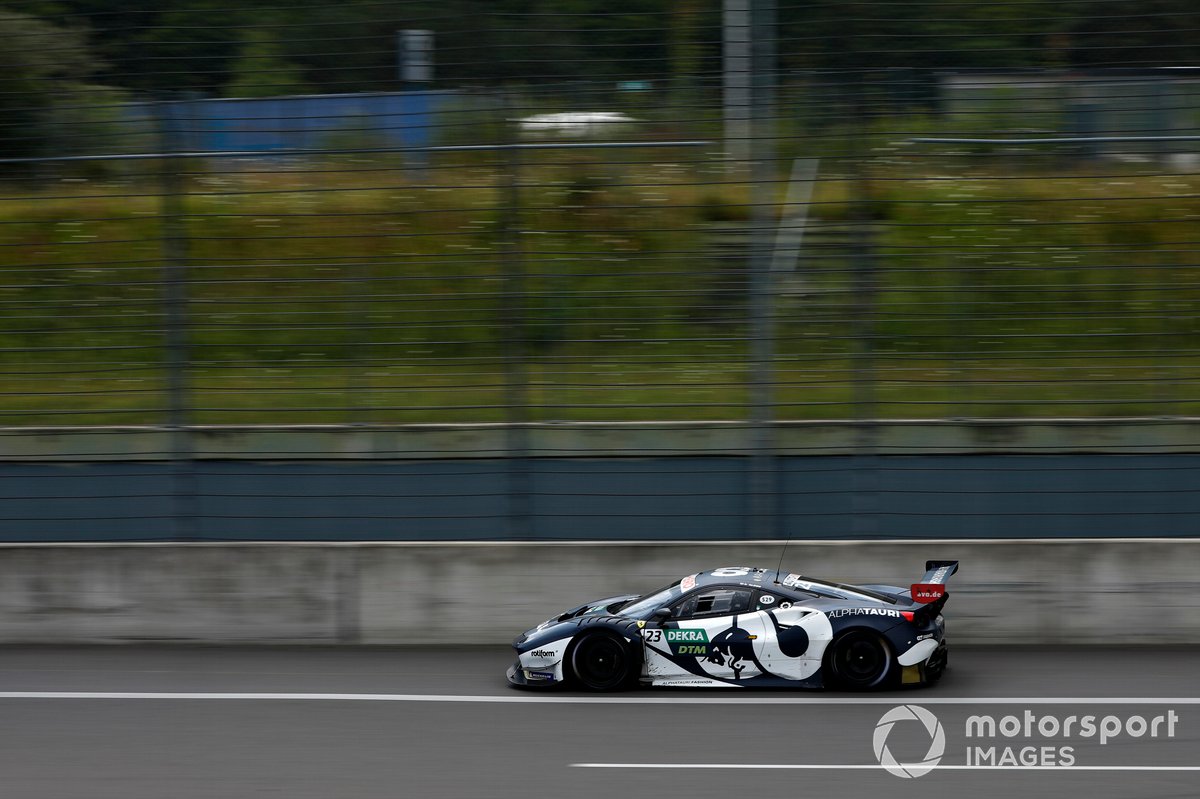 "I think more and more as the weekend progresses there will be only one line and that's where you want to be and minimise the lift."

Red Bull junior Liam Lawson, who won the first race of the DTM's GT3 era in a AF Corse-run Ferrari at Monza, added: "I have not done it flat yet and I don't think it is going to be, not even in qualifying.

"You really feel how loaded up the right side of the car gets through that corner with all the bumps as well.

"Even following other cars today I can see them touching and sparks coming up and as Nico said off line it's a lot of marbles and dirt there so, I think from my side I haven't done it and I don't think we can do it flat."

Rowe Racing BMW driver Timo Glock believes the drivers will be approaching Turn 1 with higher entry speeds as the surface rubbers in, but doubts the track conditions will improve significantly to turn it into a flat-out corner.

"We walked the track yesterday and we were like 'it should be quite easy, maybe even flat' but it's quite different when you drive it the first time.

"I don't think it's going to be flat in qualifying but for sure it grips up over the weekend and maybe Sunday morning in qualifying 2 it could be the easiest or the closest to be somehow....I won't say flat but close to it maybe."