From a 24-car field, 13 drivers won during last year's 18-race season, with 14 drivers taking a pole position, 17 starting a race from the front row of the grid and 18 claiming a podium.

A move to all-in, 20-minute qualifying sessions and the DTM's performance weight ballast system helped create the massive spread of results, but the former had few fans within the paddock.

Earlier this month, Mercedes drivers repeated calls for tweaks to the regulations, and Gass detailed the motivation behind ongoing discussions.

"Efforts are underway to add more variety and reduce the formation of blocks within the manufacturers' line-ups," he said.

"The performance weights obviously play a part in this, as well as the DRS that is to be used more intensively for overtaking than in the past, instead of being able to follow a faster car."

Autosport understands that at the very least, performance weights are set to be assigned for each individual race, rather than for an entire event as was the case last year.

Other suggestions have included using the full results - rather than points paying positions - to add and remove the 2.5kg blocks, or even qualifying positions.

The series had beefed up its DRS availability in 2015, giving drivers three chances to use it when they started a lap one second behind the car ahead, up from receiving a single use when within two seconds.

In a reduced pre-season schedule, Audi, BMW and Mercedes all tested with two cars for three days at Monteblanco in Spain last week.

Mercedes' focus was on its new-look AMG C 63 Coupe, before an official test at Hockenheim on April 5-8 and the DTM season opener at the circuit one month later.

"We learned a lot about the car and I will be leaving Monteblanco with a good feeling," di Resta said.

"We definitely made a step forward over the last few days.

"Now I'm looking forward to the next test in Hockenheim. It is going to be interesting to drive the car on a track we know so well." 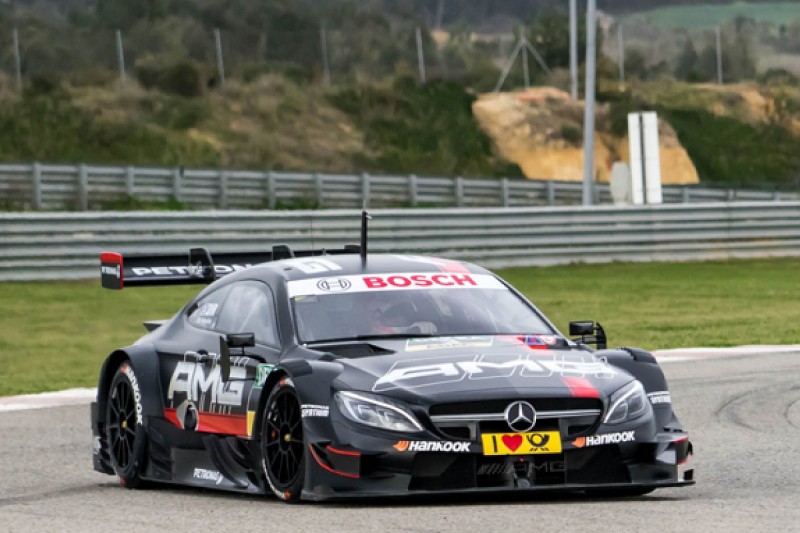