The new disc has been designed to better cope with the demands the new breed of turbocharged cars will place on the brakes around the 1.43-mile circuit.

In Friday's second practice session, four cars exceeded 280km/h (174mph) through the speed trap on the approach to the braking zone for the Alpha Kurve, where speeds are reduced to around 50km/h (31mph).

Each channel leading out from the centre of the standard front-axle disc to dissipate hot air has been replaced by eight small star-shaped holes in the custom design, which has the same dimensions as the common disc and is also made of carbonfibre.

The disc, which has been introduced to help improve cooling, can only be used at the Norisring.

In recent years, each car has used one of three sets of brake discs allocated for the season exclusively at the Nuremberg street circuit, which features only three major corners - two of which are hairpins at the end of heavy and bumpy braking zones.

The weekend's two races are expected to consist of 60-70 laps. 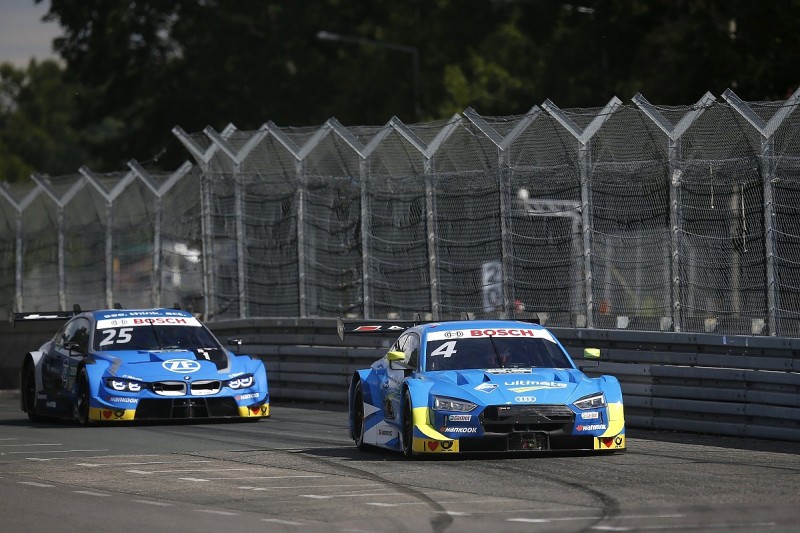