Audi has maintained its late-2014 mantle as the DTM's form manufacturer, but where has BMW gone? And how much progress has actually Mercedes made? AUTOSPORT analyses the season so far

In the last 12 months, Audi drivers have won eight out of the series' 13 races, and between Edoardo Mortara, Jamie Green and Mattias Ekstrom, one of its drivers has led the 2015 standing after each event.

Ingolstadt's RS5 is the class of the field and the DTM's performance weights - and Jamie Green's torrid recent run - have played a role in keeping it relatively in check.

Behind Audi, though, BMW and Mercedes have gone in opposite directions.

BMW won the 2014 drivers' title with Marco Wittmann but has barely fired a shot, while Mercedes has gone from being nowhere to having Pascal Wehrlein in the '15 fight.

This year's shift to double-race weekends means that 10 races - the equivalent of the entire 2014 season - have been contested ahead of this weekend's Moscow Raceway round, an opportune time to crunch the numbers.

The three-pointed star didn't shine brightly in 2014, so much so that Mercedes was given permission to rehomologate its struggling C-Coupe late in the season.

Its B-spec car, combined with a major off-track restructure, is paying dividends.

While Mercedes is down a win and a pole compared 2014's 10 races, it has been considerably more competitive, to the point that Wehrlein actually led the championship at the halfway mark, after the Red Bull Ring's Saturday race.

Mercedes has generally been Audi's closest challenger, and the proof is in the podiums, and the fact that many of those have been achieved in dry races, whereas all of 2014's success came in wet or mix conditions.

"All bar Lausitzring, I must say, we've gone away from tracks quite happy.

"If we can continue that, another big test will be Moscow, but where this team is, to where it was last April, my god..."

BMW's winter focus was on more drivers getting speed out of the M4 - not just Wittmann - but it hasn't come to fruition, and in a series as close and controlled as the DTM, it hasn't taken much to fall out of the window.

At Hockenheim's opener, drivers couldn't get their tyres into the operating window quickly enough, and the Lausitzring was marred by the tyre scandal.

BMW's first podium came at the Norisring, before Zandvoort's romp, accounting for six of its 2015 podiums and including a record sweep of the top seven on Saturday.

However, every discussion with a BMW driver that weekend came with the caveat, "obviously we're running light", in reference to performance weights that had them running on average 25kg lighter than Audi and Mercedes drivers.

Red Bull Ring was a reality check, with drivers struggling out of Turn 1 in particular, to the point that boss Jens Marquardt seemed content with having two cars in the points on Saturday.

"It is no secret: compared to our rivals, we are not where we want to be," he surmised.

"We have obviously been used to success in the past. We are now going through our first little lean patch.

"At the tests after the race weekend at the Red Bull Ring, we took another step forward regarding the set-up of the car.

"The two races in Moscow will prove whether we have made enough progress." 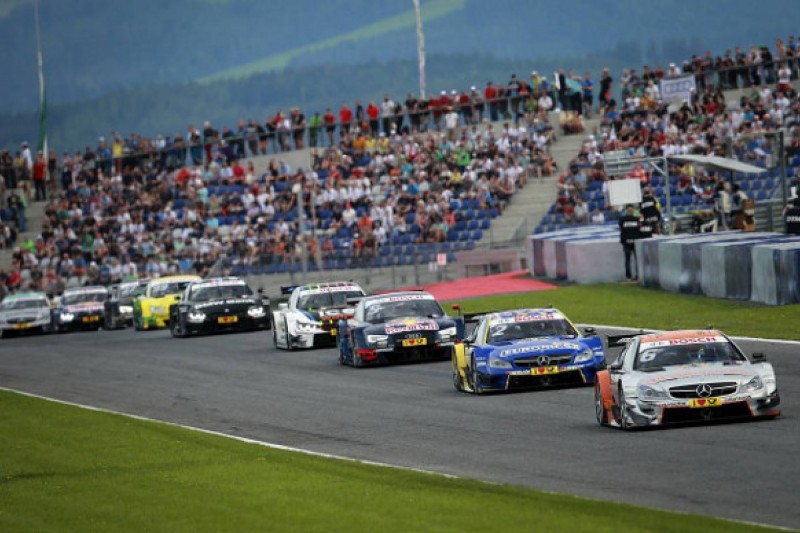