Nick Cassidy says he was surprised how hard Rene Rast tried to defend his position against him after they came to blows in Sunday’s DTM race at Spa-Francorchamps.

Having lost the lead at the start to Schubert BMW’s Sheldon van der Linde, three-time DTM champion Rast soon started coming under pressure from Cassidy’s Red Bull Ferrari in the opening stint of the race.

Cassidy made multiple attempts at passing Rast’s Abt Audi into La Source, but the German driver rebuffed him each time by blocking the inside line into the right-hander.

On lap 7, Cassidy took a different approach and tried to pass him around the outside of the corner, but the two drivers made contact as Rast moved to the left to take the racing line.

The incident meant Rast was able to hold on to position at La Source, but Cassidy quickly switched to the other side of the track on the following straight and was finally able to complete the move into Les Combes en route to a madien victory in the DTM..

Speaking after the race, the Kiwi said he didn’t expect Rast to try so hard to stay in front, with the German driver keeping his foot on the floor to run alongside him at Eau Rouge and then onto the Kemmel straight before conceding the position into the chicane.

"I was surprised,” Cassidy told ran.de. “I felt that he had hit me before the corner. It was a hard hit on the right side. I thought maybe something was bent.”

Speaking later in the press conference, he added: “There's not much more I can say apart from 'what was that?' Just very thankful that I had no damage.

“It was very important to get past him at that moment, so the crisscross worked.

“[Then] into Eau Rouge, he was strong, he stayed around the outside of me at Eau Rouge which I was pretty impressed with.

“I thought I was going to get him there and he kind of went straight through and we went side-by-side into Les Combes as well. So quite surprised with how hard he was racing today but it made for a good show.”

Rast had been quite vocal about poor driving standards in DTM recently, calling for stricter action from stewards in case of on-track collisions at the Nurburgring.

In response to calls from several major figures, the race director noted at Spa that drivers must leave “racing room” between them and their rivals on the entry and exit of corners.

As such, the stewards deemed Rast responsible for the collision with Cassidy into the opening corner and added five seconds to his race time.

The factory Audi driver, however, was not able to serve the penalty after retiring from the race with an abrupt front-left puncture and will now take a three-place hit on the grid in Austria in lieu of the original sanction.

Asked to explain the incident from his point of view, Rast accepted the penalty handed out to him.

“We touched slightly before Turn 1, but that is always so difficult to assess from the car where the opponent is directly [next to you," he told ran.de.

"But in the end the penalty is justified. We had a very tough but mostly fair fight. We had pleaded for more penalties, and now I got them.”

Cassidy had “so much will to win” 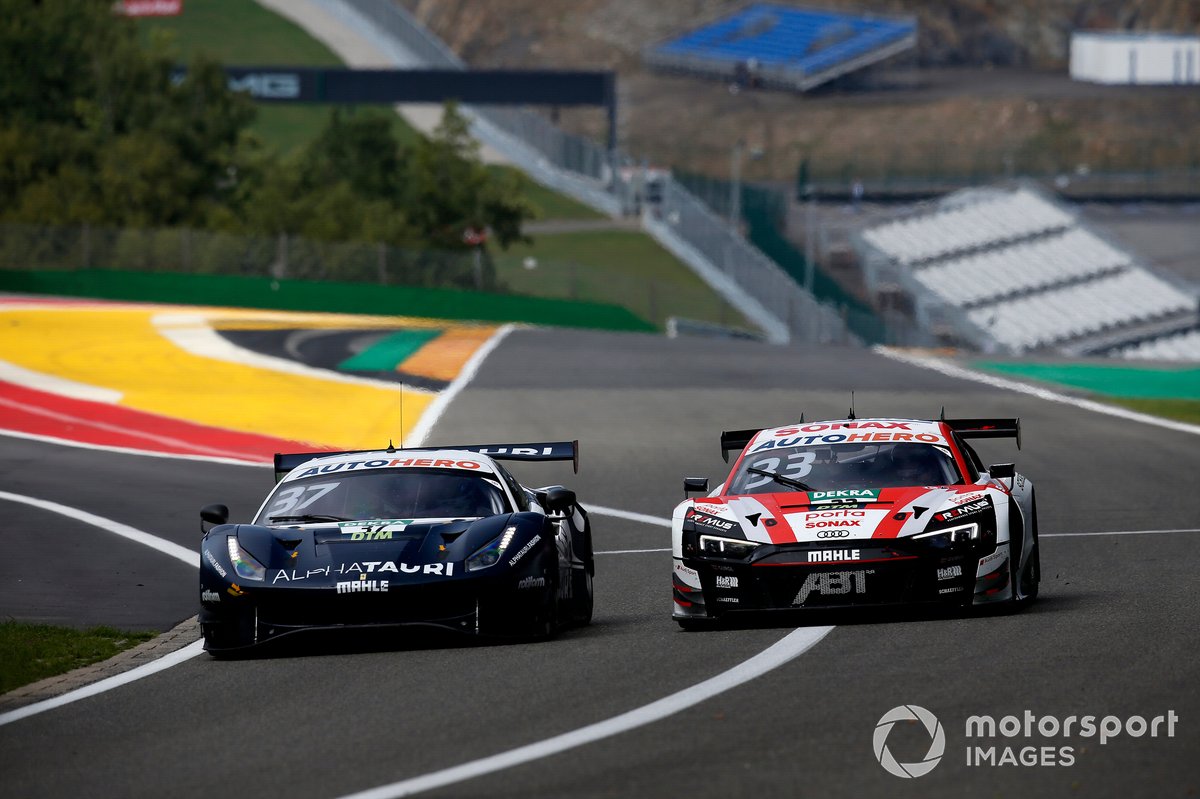 Sunday’s result marked Cassidy’s maiden victory in the DTM in what is his first proper campaign in the series, having only made only two previous appearances in the category - one of which was a wildcard at Hockenheim in a Lexus Super GT car.

The Kiwi took advantage of a slow stop from van der Linde’s pitcrew to move into the lead and he then hung on to the position on cold tyres, despite the South African’s best attempts to repass him.

Asked to explain how he managed to keep van der Linde at bay, the 26-year-old said: “I just had so much will to win today. Sorry dude [Sheldon], I wasn't going to give it up.

“I think he kind of sensed that as well. He raced very smartly.

“Through Eau Rouge I took a lot of risks. Into Les Combes it definitely got pretty tight, I tried to leave him something.

“Of course I wanted to push him to the limit as a racer and we could continue that battle more or less side-by-side for a few corners which was pretty cool.

“After that my tyres didn't come in as quickly as expected. He was still a bit stronger than me in sector 2 and 3, but I could keep it.

“[The victory] means a lot, really. I've been wanting to win in this championship for a long time.

“I've never had a full season attempt but I've done a race here and there and I know how hard the championship is. All these guys are world-class drivers. Just to be in the fight is one thing, to be battling for the win makes it even more special.”