Factory Mercedes-AMG driver Maximilian Buhk will contest the opening two races of the 2021 DTM for Mucke Motorsport, replacing Gary Paffett while the Briton is on Formula E reserve duty.

As revealed by Autosport earlier this week, two-time DTM champion Paffett will skip the Monza and Lausitzring rounds due to his clashing role with Mercedes' FE team.

This means Paffett, who added the 2018 DTM title to his 2005 crown in Mercedes' last DTM season prior to its withdrawal, will not be able to make his long-awaited DTM return until the third round of the season at Zolder in August.

When Paffett made a decision on rejoining the DTM after a two-year absence in March, incidentally after receiving a call from Mercedes customer racing boss Stefan Wendl during the Diriyah Formula E races, he only faced one clash between the two championships.

However, FE later decided to add a new event at Puebla when it became clear that the Mexico City race was no longer feasible, meaning he will now miss at least two rounds and has no chance of adding a third DTM title to his CV in 2021.

In a video message on Twitter, Paffett said: “I just want to let you know some news which probably would disappoint a lot of you, that I’m not going to be racing at the first event in Monza and the second event at Lausitzring as well.

“Due to my previous commitments with the Mercedes Formula E team as reserve driver and technical and sporting advisor, I’m not going to be able to make it there because of the clashes with Puebla in Mexico and the UK events of Formula E.

“Unfortunately I’m not going to be at the first two events, but I’ll be back on track pushing as hard as I can from the third weekend onwards.

“The car, the Schaeffler-Paravan Mercedes run by Mucke Motorsport, will be racing there in the very safe and capable hands of good friend Maxi Buhk, so I hope you can all cheer the team in my absence as I will be.” 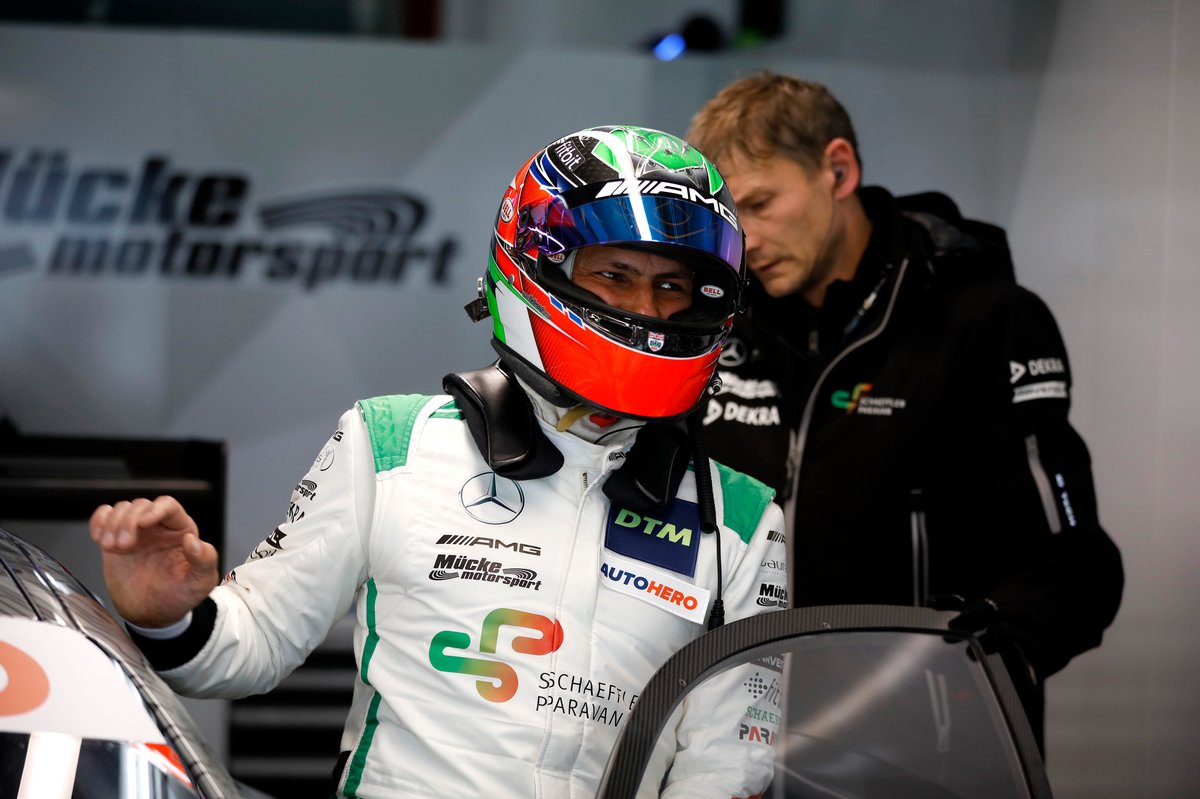 Mucke has called in the 28-year-old Buhk to replace Paffett for the opening two rounds of the championship.

While new to the DTM, Buhk is well-versed in GT racing, having won the 2015 Blancpain GT Sprint Cup title with Bentley, and the overall Blancpain GT Series crown in 2016 with Mercedes.

The German driver completed a day of running at the Hockenheim pre-season test in April to familiarise himself with the Schaeffler-Paravan-developed steer-by-wire system, dubbed 'Space Drive’. More recently, he privately tested for two days at Monza, the venue for this weekend’s championship opener.

“I am delighted to be part of this development project, even if only as a substitute,” said Buhk. “Driving with Space Drive or with an electronic steering system is a completely new experience for me.

“My first impression was very positive. I was surprised how good the feedback I got from the steering was. Of course, there are still some areas where we can improve. The season opener in Monza will be exciting.”