The DTM will host an event at the British circuit for the first time since 2013 in August this year as part of its '18 calendar.

DTM rounds at Brands from 2006-13 were held on the shorter Indy configuration, but the venue's reintroduction to the calendar also brings with it a change of layout.

Speaking on stage at Autosport International on Thursday, Paffett said the GP loop's high-speed corners including Hawthorn, Westfield, Dingle Dell and Stirlings would make Brands the most demanding prospect for the DTM's aero-dependent cars.

"It's cool and scary," said Paffett of the thought of racing on the GP loop. "We used to be on the Indy circuit - that was scary enough - this year we're back on the GP circuit.

"The thoughts of those high-speed corners in our cars with the downforce levels we have... they're impressively fast corners.

"A few of the guys have raced there on the GP circuit in GTs, but I think it will strike fear into everybody who's out there in a DTM car because there's no rest at Brands Hatch; it's relentless.

"It's punishing if you make a mistake, so I have no doubt Brands Hatch will be the most difficult and challenging circuit on the calendar, which is great."

Paffett, who has raced in the series since 2003 and was champion in '05, added the decision to remove performance weights during the '17 season had stopped manufacturers from being able to manipulate races and exposed how tight the field is.

"The problem with penalty weights is that teams play the system and do certain things to try and influence that and get themselves a light car, a heavy car when they want it," he said. 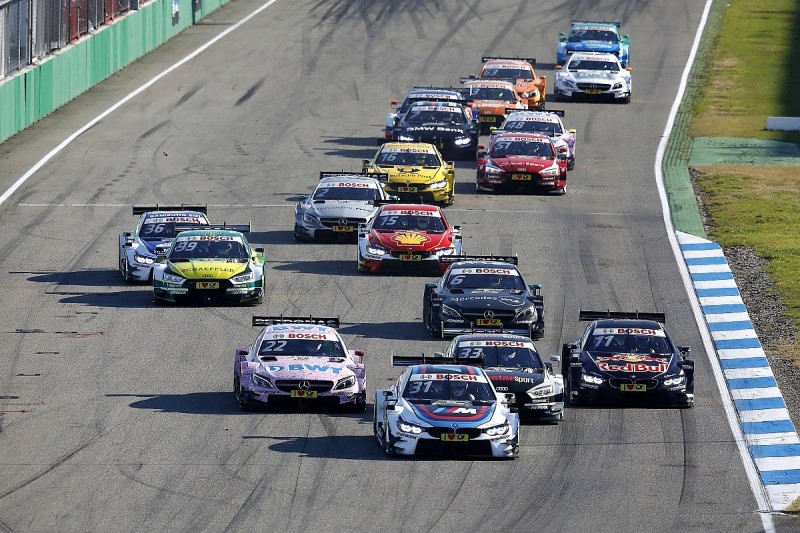 "That means there's some weekends you might go to and only one manufacturer has a chance of winning because of the weight in the car.

"Towards the end of last year we got rid of that and we saw the kind of advantage Audi had performance-wise.

"But if you get rid of performance weights, the cars are so closely matched the whole field is covered by less than a second, normally.

"If a driver goes to a circuit he likes, he might find one or two tenths in himself because he enjoys driving the track or he might have a certain trick on a corner. That's going to find him six places on the grid.

"The engineers might change the set-up a bit that finds you a tenth - that's another two or three places.

"It may look like this weekend it's that person's chance so we'll [DTM] turn the power up a bit or something.

"But it's just because it's so close - finishing in the top 10 is hard enough, let alone winning races."