Mirko Bortolotti believes the crash-blighted opening DTM race at the Norisring on Saturday was "abnormal" and that Sunday's race was not better behaved due to convening an additional drivers' briefing.

Only 11 cars made it to the finish of Saturday's race, which was interrupted by multiple incidents and prompted widespread calls on Saturday for a crackdown on driving standards and greater "respect" to be shown.

Two of the damaged cars, those of Franck Perera and Esteban Muth, could not be repaired in time for the second race and had to be withdrawn from the meeting.

Drivers were informed by race director Christian Vormann on Sunday morning that their conduct had been "unacceptable" and were ordered to stay in their rows at the two-by-two race start.

Several cars were eliminated in a first corner pileup on Saturday, with Winward Mercedes boss Christian Hohenadel specifically citing the drivers fanning out at the race start as a factor in the incident.

But both Bortolotti and Fraga remarked that the drivers' briefing had not been a factor in the race running cleanly.

"I think honestly we have probably the strongest GT3 field with the highest quality of drivers out there, and what we’ve seen yesterday was something not normal," said the Italian, who took the points lead away from Sheldon van der Linde.

"I didn’t expect to see anything similar today, and the drivers’ briefing in my opinion didn’t do any difference.

"What we’ve seen was something abnormal.

"The guys know how to race. What we’ve seen yesterday was just shit." 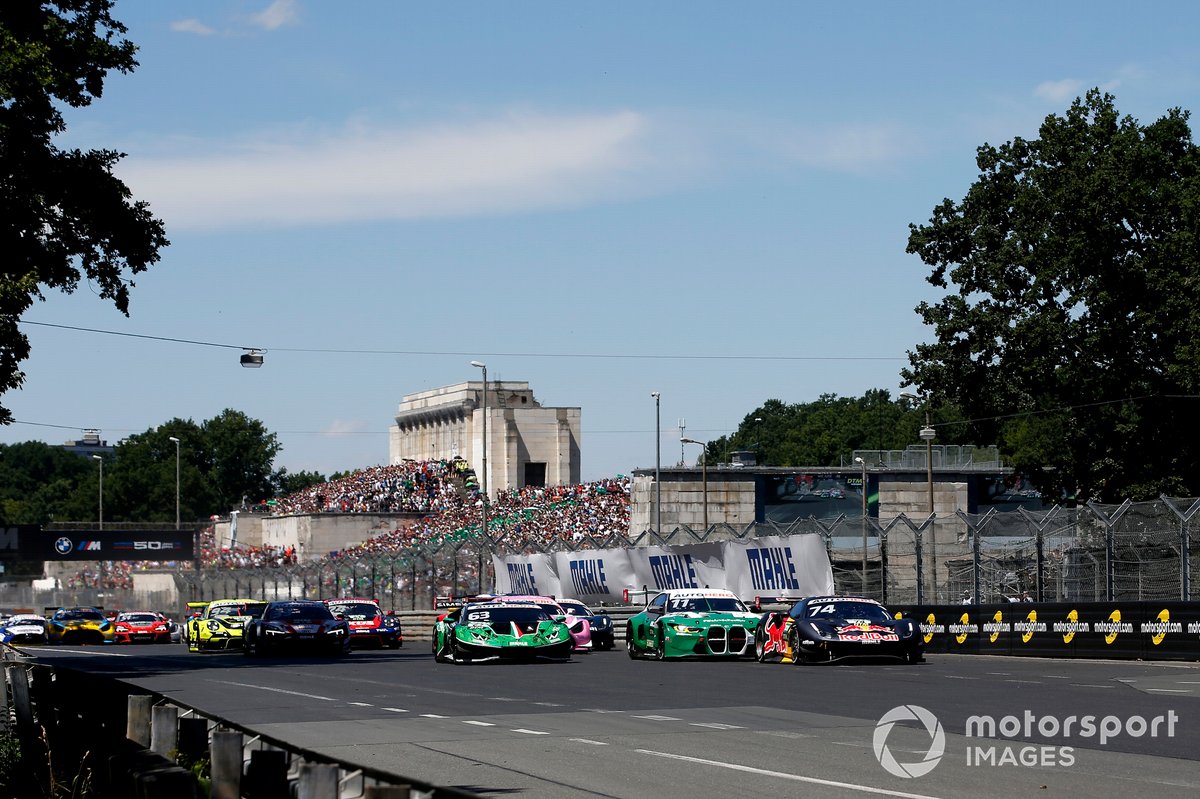 Fraga agreed, stating: "I don’t know what to say honestly.

"I think it’s not about the briefing, I just think the drivers wake up today and stop crashing like crazy, I think that was it."

Three-time DTM champion Rene Rast, who finished third, revealed that Vormann told the drivers "we cannot race like that, it’s unacceptable, which we all agreed" on.

Asked by Autosport whether the drivers had consciously done anything differently in the race, Rast said "the only difference was the start for us today".

"We had some margins to leave the grid formation before today, so we could go a little bit left, a little bit right to see the light," he explained.

"But today the race director said there is no margin, we cannot leave the column, so we have to stay behind the car in front.

"I don’t know if they did, but I had this in my mind. I told myself, ‘don’t move before somebody else moves’, so I tried to follow it."

Fraga added that he had approached the drivers starting directly behind him on the run to Turn 1, Marco Wittmann and Maximilian Gotz, before the start to avoid a repeat of his race one retirement when he "got a missile from behind" from Muth.

"I said, ‘Let’s please do the Turn 1, then you guys can come like crazy, but let’s do the first corner because I really need to finish the race’," said Fraga.

"Luckily it was calmed down and we could do Turn 1."