Mirko Bortolotti says managing his tyres in the early stages of the DTM's Imola opener was "crucial" in his recovery from 16th on the grid to finish third on Saturday.

The Grasser Racing Lamborghini driver was given a 10-place grid penalty when it was discovered that his team had "used a wrong set of tyres", per the steward's report, in second practice on Friday due to mixing up the tyre barcodes.

Bortolotti elected to use only a single set of tyres in the 20-minute qualifying session, which yielded the sixth-fastest time, and he started on the same set to save the remaining two sets from his allocation.

Stuck in traffic in the early laps on a track where overtaking is difficult in GT3 machines, the Lamborghini factory driver said he was making a conscious effort to save his tyres to unleash the car's potential in clear air once the cars ahead of him pitted.

His comparable pace with cars that had already changed tyres allowed Bortolotti to rejoin seventh after his lap 22 pitstop, and he made rapid progress on a brand-new set in the closing stages - when his early-stopping rivals were on ageing rubber - to secure third with a late pass on Thomas Preining.

"It was crucial to manage the tyres in the beginning because I knew I have to go really long," he said.

"As soon as everybody pits, I needed still the performance in the tyres in order to keep the pace up, hoping for anything else happening.

"Maybe they are fighting in the pack, because everybody has pitted together, then I have a free track in order to gain some spots and the race really got towards us." 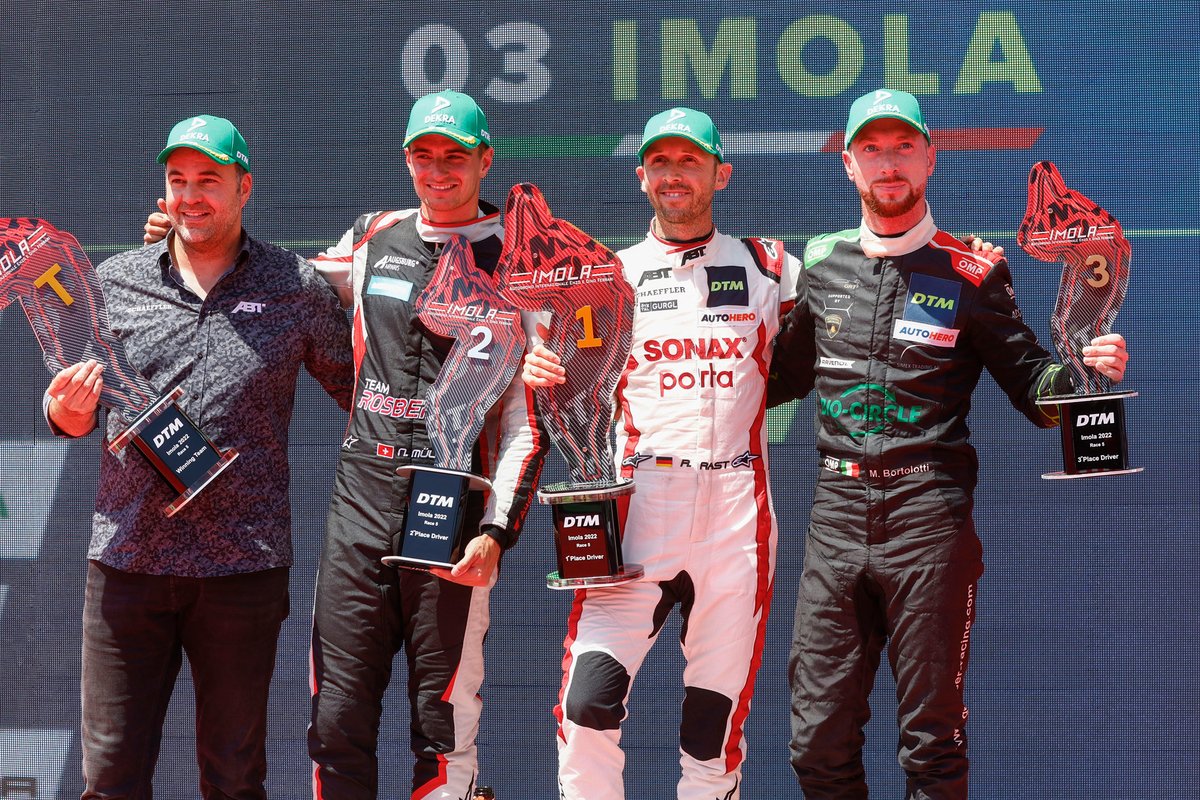 Bortolotti was the only driver to make the alternate strategy of a long first stint work, as most elected to pit early and conserve their positions.

The Italian explained that he "never expected to be able to fight for a podium today honestly from P16" and attributed his progress entirely to the Grasser team's strategy.

"In the first stint I had no chance to overtake, I did the full stint behind a Ferrari, so I think we gained everything with strategy in the end," he said.

"We made the call to have this set of tyres, and I think that in these temperatures on this track makes a huge difference."

Quickly negotiating Grasser team-mate Clemens Schmid, who finished sixth, at the second Rivazza was key in allowing Bortolotti to push on after Kelvin van der Linde and Preining.

Asked by Autosport for his thoughts on that move into the second Rivazza, Bortolotti said: "I think the way I closed the gap it was quite clear that I was faster than him in that moment.

"Clemens is a clever guy and he wants to bring those points home without losing too much time fighting and maybe crashing two cars of the team.

"If we would have had a big fight, it could have been first a bad outcome for both and 99% of a chance I would have passed him anyway.

"So I think we were both clever there and it was the maximum for also not to fight too much."

The Lamborghini talisman leading his troops to DTM success