Both Audi and BMW agreed to help fill the void left by Mercedes exiting the series at the end of 2018 with customer outfits, and WRT joined the DTM in '19 with a pair of Audi RS5 DTMs for Pietro Fittipaldi and Jonathan Aberdein.

BMW was unable to secure its own customer team for 2019, but the pressure was alleviated by R-Motorsport's arrival in the DTM with four Aston Martin Vantages.

While neither Audi or BMW has gone on the record about the costs of the customer car programme, Autosport understands it is in the region of €5-6million per year.

When asked at the Le Mans 24 Hours if BMW was still searching for a customer team, Marquardt told Autosport: "Absolutely.

"We were trying to [find a customer] for this year. We had quite a few interested people but, at the end of the day, all of the programmes fell through when it came to the final point of getting the finances secured.

"A lot depends on drivers as well."

It is understood that potential customer programmes were affected by a lack of available drivers with the required budget.

Marquardt added: "They [drivers] come with packages and it looks like at the end of the day, a lot of teams were chasing the same kind of few drivers.

"It's limited resources in that respect and we're still having vital discussions. We promised [DTM boss Gerhard Beger] and we keep our promises.

"[If] someone [is] coming up with a package and a plan, we're absolutely ready to go."

BMW's decision to call time on its World Endurance Championship programme after a single season has freed up the factory MTEK team. 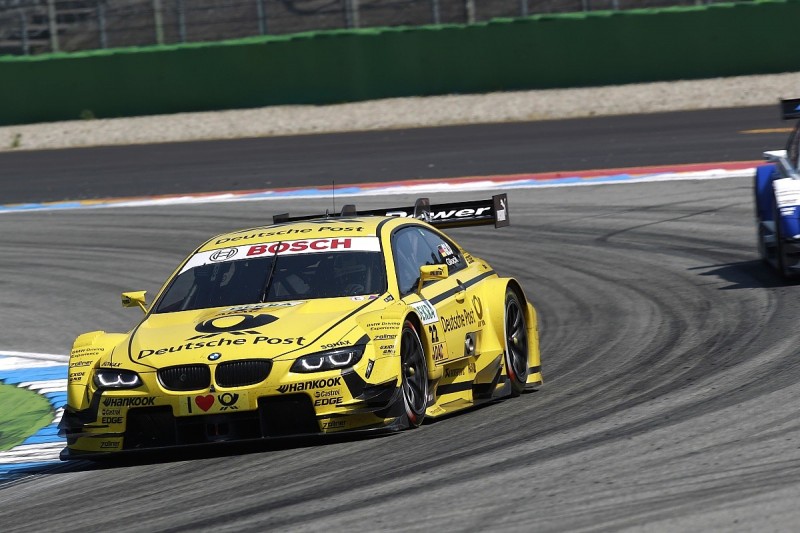 MTEK has previous experience in the DTM, having played a key part in BMW's return to the series in 2012 and a year later giving debuts to ex-Formula 1 driver Timo Glock (pictured above) and Marco Wittmann.

When Marquardt was asked if MTEK was a potential option for a DTM customer programme during Berlin's Formula E weekend, he said: "With MTEK, we're definitely in discussions now about what we can do with them, and how we can work in the future.

"Is there something we can do together? And obviously, we're open and discussing with them in all directions.

"We have to work together on bringing the costs to a level that it is sustainable and funded by a team independently.

"So it's still a challenge. Obviously, that [customer programme] will include discussions with MTEK, but I wouldn't limit it to that [the DTM]."

Marquardt added that ongoing discussions over a customer programme were not limited to teams already inside the BMW umbrella, with outside parties understood to be showing interest in the DTM.