Gerhard Berger feels 2022 was “not the right time” for MotoGP legend Valentino Rossi to enter the DTM, saying he needs more time to become competitive in GT3 machinery.

Rossi announced a widely-expected switch to car racing at the beginning of this year, having brought down the curtain to a glorious 26-year stint in grand prix motorcycle racing that yielded nine titles across all three classes.

While the DTM was considered by many to be one of the most attractive options for Rossi, especially after the championship’s switch to more affordable GT3 cars last year, the 43-year-old will instead be racing in SRO’s GT World Challenge Europe series in an Audi R8 LMS GT3 entered by WRT.

While the DTM has missed out on A-list attraction as it seeks to build upon a largely successful first season using GT3 cars, Berger says it is in Rossi best interests to learn the trade in GTWCE before moving to an all-professional sprint racing series like the DTM.

“I think he's very focused at the moment to build up his team in MotoGP, and I think he likes to get into a little bit soft landing with long distance [racing] just to get used a little bit to the cars,” said Berger.

“I think from timing wise it's not the right time [for him to be in the DTM], so I think he is right what he's doing.

“I would love to have him. You know, it would be a fantastic name, but it needs to fit.

"Because you need to see a competitive Valentino. And to be competitive in DTM you need a little bit of time. So I think it's good what he's doing, and then we will see later on.”

Berger said he didn’t get a chance to personally speak to Rossi last year about a potential foray into the DTM, but did hold talks with his management team regarding the Italian’s post-MotoGP options.

“We didn't have a direct chat last year,” he said. “In the years before, yes. But last year we didn't.

“I spoke a little bit with his management, but nothing [came of those conversations]. I think [he is] busy with building up his team, and start to get a little bit of experience in the car before he is doing something."

Guest outing not ruled out 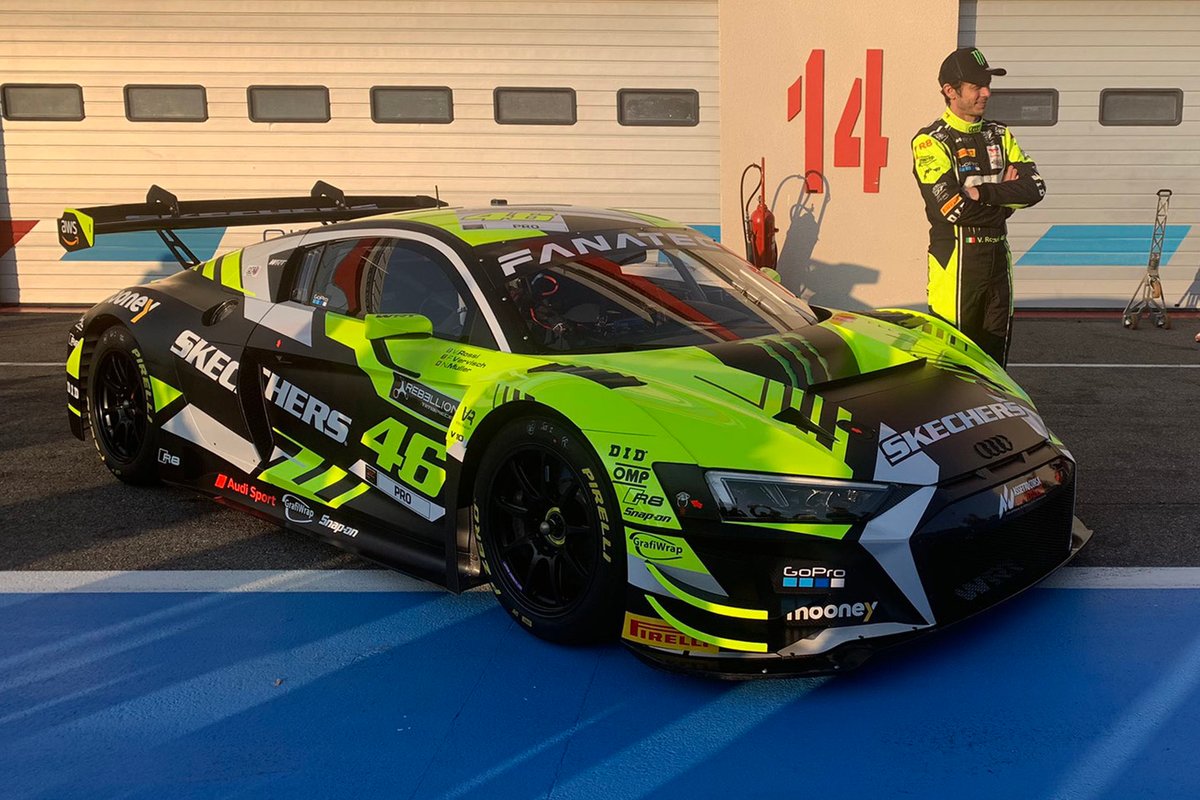 Rossi came close to making his DTM debut as a guest driver at Misano in 2019, where he would have been pitched against MotoGP rival Andrea Dovizioso in an Audi vs BMW fight.

Rossi later revealed in a TV interview that he had promised Berger that he would make a one-off DTM appearance in the near future, although the planned outing never materialised.

While the DTM will have to cut down on guest entries this year due to a bumper full-season grid, series’ event director Frederic Elsner says he would be happy to accommodate Rossi should he show interest in racing in the series.

"If he wants to come, then he is very welcome! That would definitely be a guest starter that we would allow, for example in Imola," said Elsner.

"But it's not like we're saying, ‘that didn't work out, now we'll try by hook or by crook to get him for a guest start.”