Rast emerged on top in a tightly-contested battle with fellow Audi driver Nico Muller to become this year's DTM champion, adding to his successes from 2017 and '19.

The seven wins Rast scored this year made him Audi's most successful driver in DTM history and earned him a place among the sport's all-time greats, with some going as far as to suggest he's worthy of legendary status.

The 34-year-old also exceeded expectations when he received a call-up from Audi to replace Daniel Abt in the final six races of the 2019-20 Formula E season in Berlin, scoring a podium in his fifth start and doing enough to earn a full-time drive for next year.

Berger, who has witnessed Rast's rise to stardom as the boss of DTM's promoter organisation ITR, feels the combination of speed and consistency makes the German "a perfect race driver".

"From my perspective, Rene Rast is combining all the elements that define a perfect race driver," Berger told the official DTM website. "There are drivers who are overly fast, but don't like to work.

"There are those who like to work and are fast too, but are lacking condition. And there are drivers who sometimes can be really fast, but aren't consistent.

"With Rene Rast, you get all these elements to at least 98%: he is fast, consistent, a very hard worker, perhaps working harder than everybody else, and is in good condition, too. 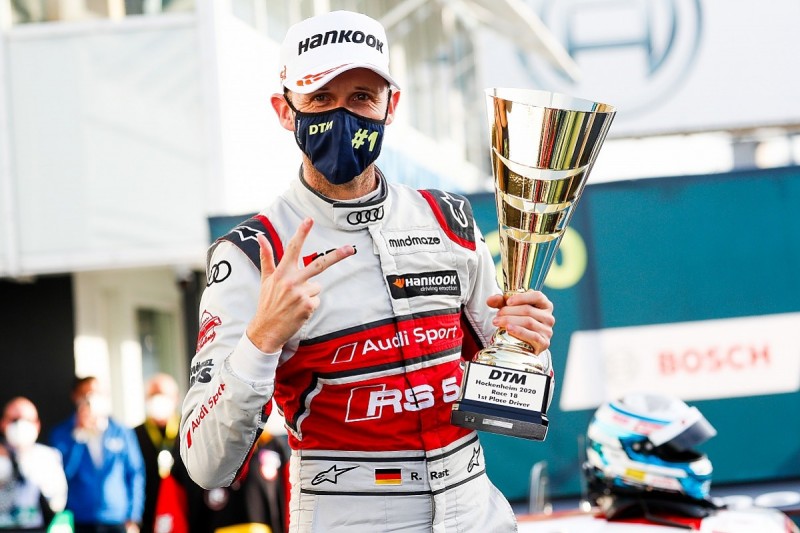 "On top of that, he is a nice bloke! Of course, I would be delighted to have him back on board for the DTM in 2021 as well. He simply is the benchmark!"

PLUS: Why Rast is the best driver outside F1

Rast had slipped 47 points behind Muller with just three rounds to run as his team Rosberg was unable to match the performance of rival Audi squad Abt.

But a run of four victories in a span of nine days at Zolder turned the championship in his favour, with Rast eventually finishing the season 23 points clear of Muller after a massive 70-point swing in the final third of the campaign.

Berger said Rast's 2020 campaign again highlighted his ability to thrive under pressure, and that minor details helped him defeat Muller in what turned out to be a two-horse race for the title.

"I've seen a lot of race drivers, I raced myself a lot. But he has an extremely strong package," Berger said at the Hockenheim title-decider last month.

"He's a hard worker, he's a talented hard worker. What impressed me the most is how cool he is when it comes to pressure and that makes the champion. And he proved it again.

"As much as I was crossing the fingers for Muller because he's young, he's on a very similar level than Rene, but still in some details Rene put the things on his side. It's a pity that Muller missed it again but I'm sure next year he's going to be even stronger. I think these two showed a lot of good performances."