The DTM’s switch to GT3 regulations in 2021 coincided with the introduction of a success rule ballast under which the top three finishers from each race are hit with a weight penalty in the following contest.

Importantly, as part of refinements in regulations for this year, the driver finishing third is now only hit with five kilogram of extra weight to the next race as compared to 15kg in 2021. The second place driver must carry 15kg of ballast instead of 18kg, while the race winner continues to be handicapped by 25kg of additional weight as last year.

This has made Rast come up with a clever way to get around the success ballast rule, suggesting that scoring race wins may actually prove detrimental to a driver’s championship challenge due to the weight penalty that comes with it.

"The best strategy at the moment is perhaps to always finish third,” The Abt Audi driver told Sportradio Deutchsland.

“In the DTM, you also have to know that for every victory you take, you get extra weight for the next race - in this case 25 kilos if you win. And then the next race usually doesn't go so well.

"If you finish third, you only get five kilos. And so I'm actually quite satisfied.

"If you finish third a couple of times, you only get five kilos and you still have a chance at the next race. That brings points, but also still good chances for the next race."

Rast moved up to third in the championship with a pair of third-place finishes at the Norisring, putting him just 10 points behind factory Lamborghini driver Mirko Bortolotti, who hasn’t won a race so far but has regularly finished inside the top 10. 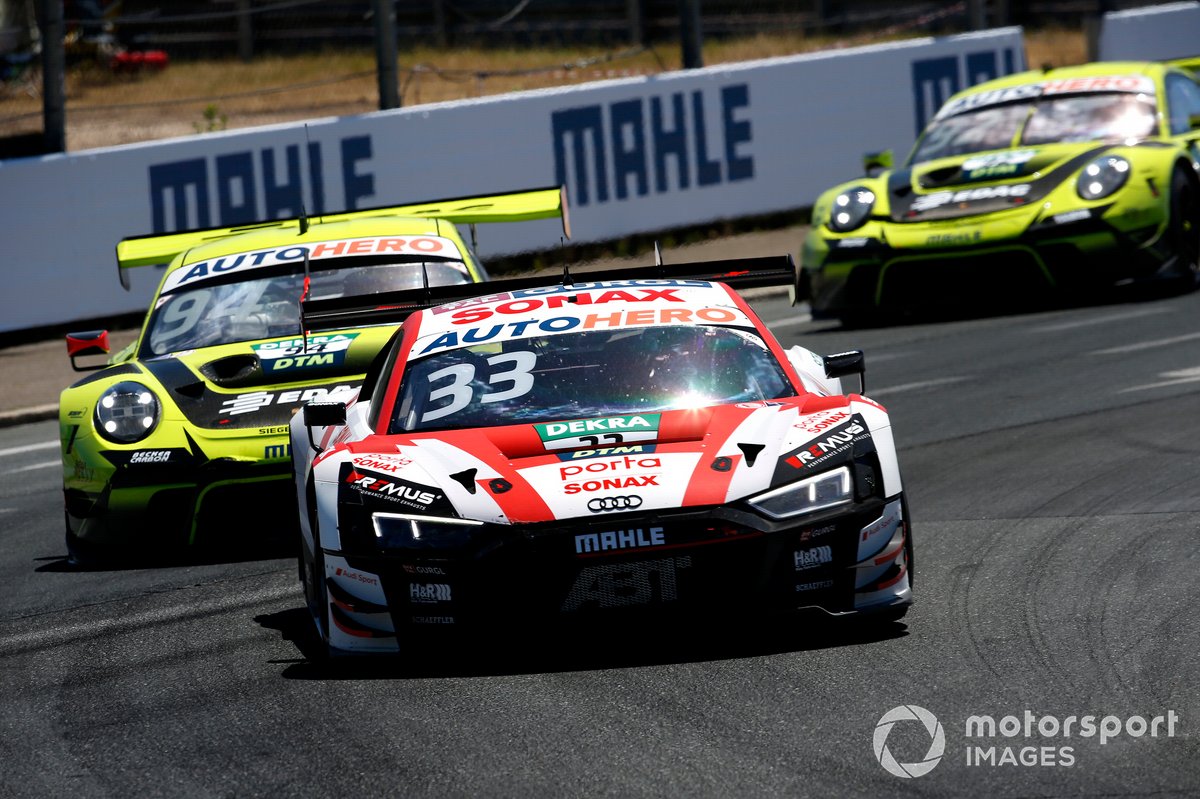 Having announced on Tuesday that he would part ways with Audi, likely to join McLaren in Formula E, 2022 could turn out to be the German driver's last campaign in the DTM.

Asked about his title aspirations, the 35-year-old said: "When you get a little sniff of the championship, of course you want to win, no question about it. But we have a lot of other competitors who want the same thing.

"I hope that we at least stay where we are. But if you have four bad weekends now, theoretically it might not even be enough for the top 10.

“So we have to take it as it comes - and hope we have four good weekends."

The 2022 DTM season resumes at the Nurburgring on 28-28 August after the mid-year break, with the final four rounds spread across just seven weekends in a rapid-fire title run-in.

Rast feels the circuits the DTM will visit in the second half of the season could play to his strengths.

"All the tracks coming up now are actually very cool," he said. "We have the Nurburgring next now, which is one of my favourite tracks because I've had a lot of success there."

"Then we have Spa-Francorchamps in Belgium - a historic, very famous track, with a lot of cool sections like Eau Rouge and so on. Then the Red Bull Ring in Austria - also another good track - and Hockenheim, the finale, which I actually always like very much as well."