Rene Rast is to make his second DTM appearance of the season to stand in for Ekstrom at Audi.

Ekstrom has been contesting the two championships in parallel this year and raced in both when they shared a bill at Hockenheim in May.

But the 350+ mile distance between RX venue the Estering and Hockenheim means he had to choose between them in the October 15-16 clash.

As Ekstrom currently leads the World RX standings ahead of next weekend's Riga event and is currently only seventh in the DTM points, he has been given permission to skip the latter.

"I haven't missed a single race in DTM for 15 years, so it's a really big decision by Audi Sport and for sure a big one for me too," said the 2004 and '07 DTM champion, who races an Audi for his own EKS team in RX.

"I have never ever been close to winning an FIA world championship title before and I'm proud and honoured that my bosses are giving me this chance.

"Rest assured that I will go flat-out to pay them back.

"I want to take a step towards the big trophy not only for me and my team EKS, but also for Audi Sport." 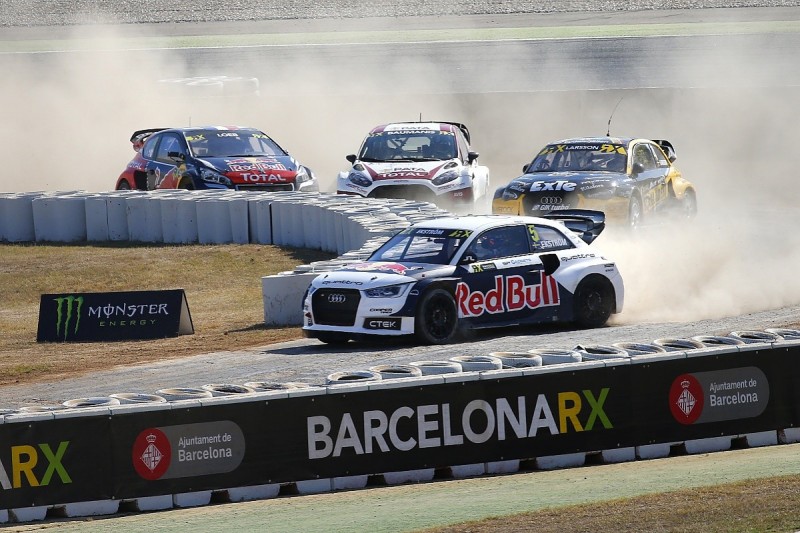 "There are two hearts beating in my chest," said Gass.

"Obviously, it's not easy to do without one of our best drivers in the DTM finale at Hockenheim of all events.

"But Mattias has the chance of winning the world championship title in rallycross in an Audi."

Rast made a short-notice DTM debut at Zandvoort in July when Audi brought him in for race two after Adrien Tambay was injured in a start crash in the opener.

"I'm very excited to see how he's going to fare with a little more time to prepare," said Gass.

Rast was a former member of Audi's LMP1 driver line-up and has been focusing on a Blancpain GT programme with its WRT team and racing for the Jota-run G-Drive effort in the World Endurance Championship's LMP2 class this year.