Rockenfeller sustained a fracture of the fifth metatarsal bone in his left foot in a heavy collision with Mercedes driver Gary Paffett at the last round at the Norisring.

Such was the damage to Rockenfeller's RS 5 DTM, which sustained an impact of 35G, that it has had to be rebuilt around another monocoque for the Moscow Raceway event. 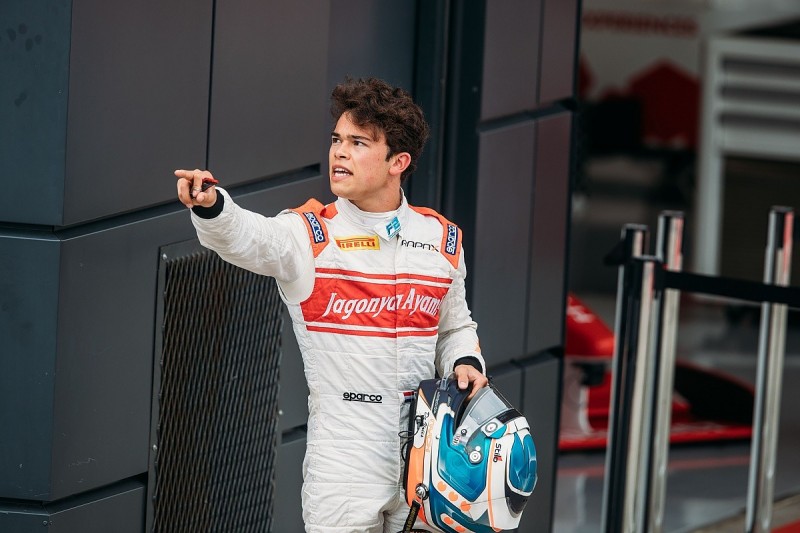 De Vries, who joined Audi for a rookie test at Jerez late last year, performed the roll-out for the rebuilt car last week and will travel to Moscow in case Rockenfeller cannot compete.

Rockenfeller has had a special bandage and orthopaedic racing shoe made for his injured foot, and hopes to race.

"I like the track and want to race at all costs, otherwise the championship will be over for me," said Rockenfeller. "With this bandage it should work.

"I not only want to race in Moscow, but win there for the third time as well."

Rockenfeller won at Moscow in his title-winning campaign in 2013 and again in '15 - which was his most recent DTM race victory.

The 33-year-old lies eighth in the current standings with a sole podium finish to his credit in the opening race of the year at Hockenheim.

De Vries' main programme this season is in Formula 2 with the Rapax team.

If he has to stand in for Rockenfeller it would mark his touring car racing debut.