The DTM travels to the legendary Spa-Francorchamps circuit in Belgium on 9-11September for the sixth round of the 2022 season.

This is only the third time the DTM is holding an event at the Ardennes venue in its modern era, having previously visited the 7km track in 2005 and again in the coronavirus-disrupted 2020 season.

The championship picture took a major turn at the Nurburgring last time out, with two retirements for Lamborghini star Mirko Bortolotti handing the title lead to BMW's Sheldon van der Linde. In race one, the Italian was fighting for victory with Red Bull ace Felipe Fraga when he pitched both cars into a spin at the final corner, gifting the victory to van der Linde. A separate collision with the Abt Audi of Kelvin van der Linde left him with a puncture in race two, dealing another big blow to his title hopes.

While Bortolotti was involved in two incidents and failed to rack up a single point all weekend, Sheldon van der Linde claimed victory in race one and then registered a ninth-place finish in the second race to pull a sizeable 21-point lead in the championship.

Mercedes driver Lucas Auer was mostly under the radar at the Nurburgring, but a fifth and a podium finish elevated him to third in the championship, just four points behind Bortolotti.

Audi star Rene Rast endured a miserable weekend at the Eifel as he became an unlucky victim in multiple collisions, prompting him to slam the driving standards in the DTM. With just three rounds to go including this weekend's Spa event, Rast faces a 29-point deficit to van der Linde in his pursuit of a fourth title. 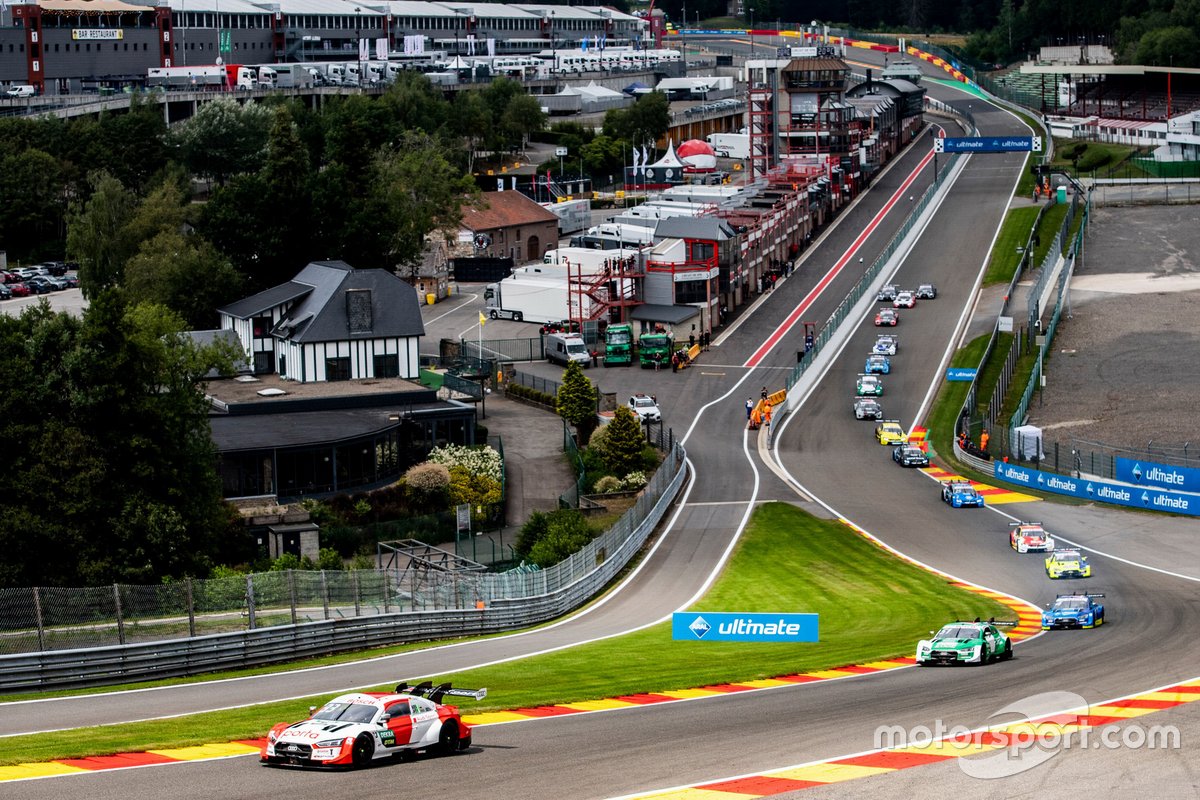 The Spa race weekend will begin on Friday with two 45-minute practice sessions.

A pair of races will follow over the next two days, the starting grids for which will be decided by separate qualifying sessions, with each race 50 minutes plus one-lap.

How can I watch the Spa DTM races?

BT Sport will broadcast the sixth round of the 2022 DTM season at Spa.

Can I stream the Spa DTM round?

What support classes will be in action at Spa?

Fans will once again be treated to the sight of historic touring car action with the DTM Classic DRM Cup, as well as the DTM Trophy for GT4 machinery. Lotus Cup Europe, Maxx Formula and the BMW M2 Cup are also on the support bill.