The DTM travels to the Red Bull Ring in Austria on 23-25 September for the penultimate round of the 2022 season, with the title battle at a crucial phase. Here's how you can watch it.

With just four races to go, a poor weekend for any of the title protagonists at this juncture can seriously jeopardise their hopes going to next month's Hockenheim title decider.

BMW's Marco Wittmann knows that only too well from last year, when a mistake in determining Balance of Performance dropped him from second and contending for a third series championship to a mere outside contender for the title.

This year it is Wittmann's BMW stablemate Sheldon van der Linde who is leading the standings, the Schubert Motorsport driver's points tally boosted by a second-place finish at Spa-Francorchamps earlier this month.

The South African sits pretty at the top of the table on 130 points, with Winward Mercedes driver Lucas Auer his closest challenger on 98 points and three-time DTM champion Rene Rast (Abt Audi) just behind on 96.

Grasser Lamborghini ace Mirko Bortolotti has had a torrid time since the season resumed at the Nurburgring in August. The mid-season points leader failed to score in either of the Eifel races after contact, and two difficult qualifying sessions at Spa meant he could only salvage an eighth and 10th. He now trails van der Linde by 36 points and has tumbled to fourth in the championship.

Last year, Liam Lawson scored an unprecedented double win on Red Bull's home turf, which should boost the AF Corse squad's hopes for this weekend. Although neither Felipe Fraga nor Nick Cassidy are in the title hunt, both have proved to be rapid in the Ferrari 488 GT3 - with the latter picking up his first win only a fortnight ago in Belgium after holding van der Linde at bay. 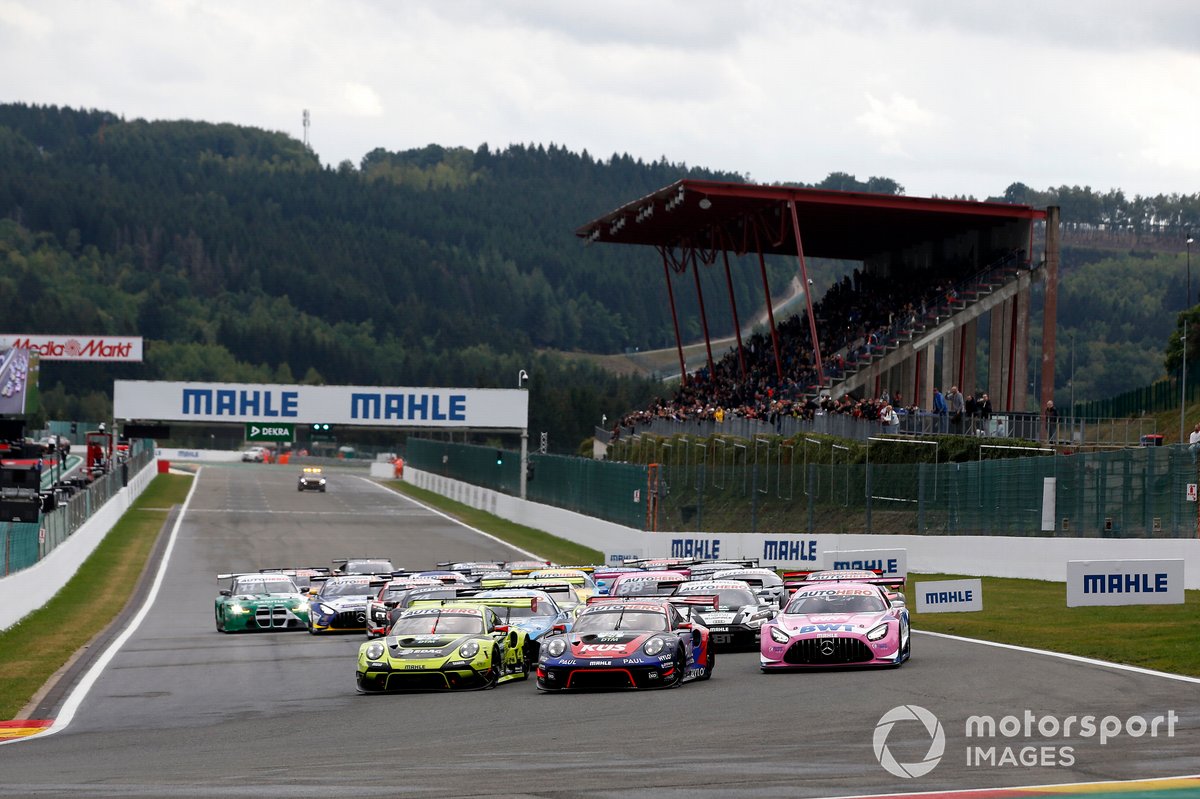 A pair of races will follow over the next two days, the starting grids for which will be decided by separate qualifying sessions, with each race 50 minutes plus one-lap.

How can I watch the Red Bull Ring DTM races?

BT Sport will broadcast the sixth round of the 2022 DTM season at Red Bull Ring.

Saturday's qualifying will be shown live on BT Sport 4 from 8:45am BST, while the opening race will be broadcast later that day on BT Sport 3 from 12:15pm BST.

BT Sport 3 will show Sunday's qualifying from 8:45pm and BT Sport 2 will air the final race of the weekend from 12:15pm BST.

Can I stream the Red Bull Ring DTM round?

Will there be fans at the Red Bull Ring?

What support classes will be in action at the Red Bull Ring?

Fans will once again be treated to the sight of historic touring car action with the DTM Classic DRM Cup, as well as the DTM Trophy for GT4 machinery. BMW M2 Cup is also on the support bill, while DTM Electric will complete demo laps throughout the weekend.