Formula 1 test and reserve driver Robert Kubica has ruled out remaining in the DTM and is instead targeting a full-time move into the LMP2 prototype class.

Kubica, who drove an ART-run BMW in the DTM in 2020, suggested that racing a GT3 car after the championship's switch away from Class 1 touring car rules would be incompatible with his F1 role with Alfa Romeo, which will continue for a second season in 2021.

Speaking from the Daytona 24 Hours where he will make his P2 debut with the High Class Racing squad, Kubica said: "GT3 is good racing, but it is a completely different way of driving.

"I have a position at Alfa Romeo as reserve driver and doing some test driving, and when you drive an F1 car in my position, you don't have a lot of time to adapt.

"I am jumping into the car every two, three months, and I have a Free Practice 1 session on Friday or half a day's testing and I have to adapt as quickly as possible to give valuable feedback to my engineers and my team.

"If I was racing a GT car, I think it would require too much adaptation."

Kubica explained that the drive in the High Class ORECA-Gibson 07 alongside Ferdinand Habsburg, Anders Fjordbach and Dennis Andersen at Daytona for the IMSA SportsCar Championship opener offered a chance to learn about the P2 class.

"This is one of the reasons I am here in an LMP2 car, because it is a category that offers high downforce cars that are more similar to F1," he said.

"The reason I am here is to discover a category and to learn."

The Polish driver is known to have been in contact with multiple P2 teams due to compete in the World Endurance Championship in 2021 and he confirmed that he has been in talks about a P2 drive. 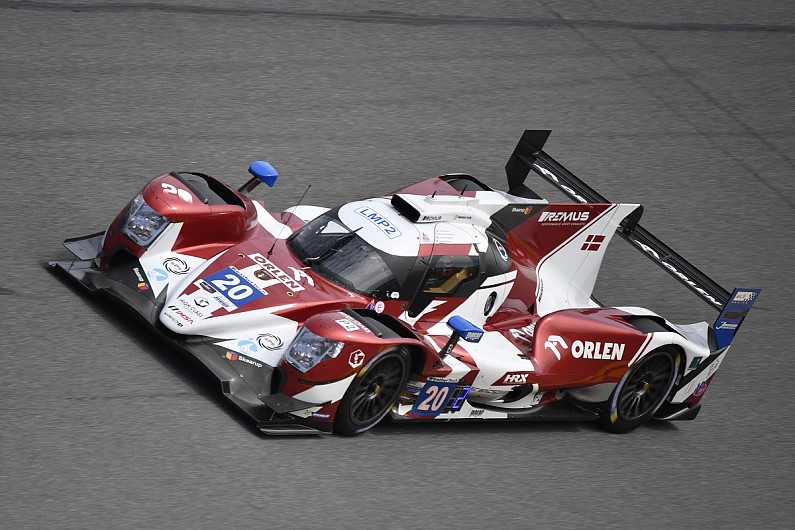 "If there is a chance to race in endurance, definitely I would like do it: I have been working a bit on this," he said.

"Probably LMP2 is now my main target and the category I would like to race in if possible."

Asked if he had an eye on the the LMDh category based on P2 machinery due to come on stream in 2023, he replied: "To be honest, I am not thinking that far ahead."

Kubica played down his chances of racing in P2 full time this year, pointing out that the start of the season in both the WEC and the sister European Le Mans Series is already fast approaching.

He also stated that he would not compromise his role with Alfa Romeo, for which he took part in five Friday free practice sessions in 2020.

"The fact is that I am involved with Alfa Romeo Racing Orlen, so I have my work already," he explained.

"Knowing what happened last year with the pandemic it was not easy to combine two drives and focus on both."

He drove the ByKolles ENSO CLM-Nissan P1/01 LMP1 in Bahrain in 2016 as he geared to make a full-time return to the circuits for the first time since the being seriously injured in a rallying crash in 2011.

He also tried a Dallara-Gibson P217 run by the SMP Racing team at Monza in 2017.