Loeb was the winner of the rally's penultimate stage, recording his fourth stage win of his second Dakar.

But the bulk of Peugeot team-mate Peterhansel's advantage remains heading into the final 40-mile timed stage on Saturday.

Loeb entered the day 5m50s behind Peterhansel, after his team-mate was given time back on Thursday's stage following his incident with bike class competitor Simon Marcic.

Over the first part of the stage, Loeb who started three minutes behind Peterhansel on the road made significant inroads, cutting the gap in half as he arrived to the neutralised zone just four seconds behind his team-mate in the overall standings.

But Peterhansel regained ground in the second part, and by the end of the stage, Loeb's winning margin had been cut to just 18s. 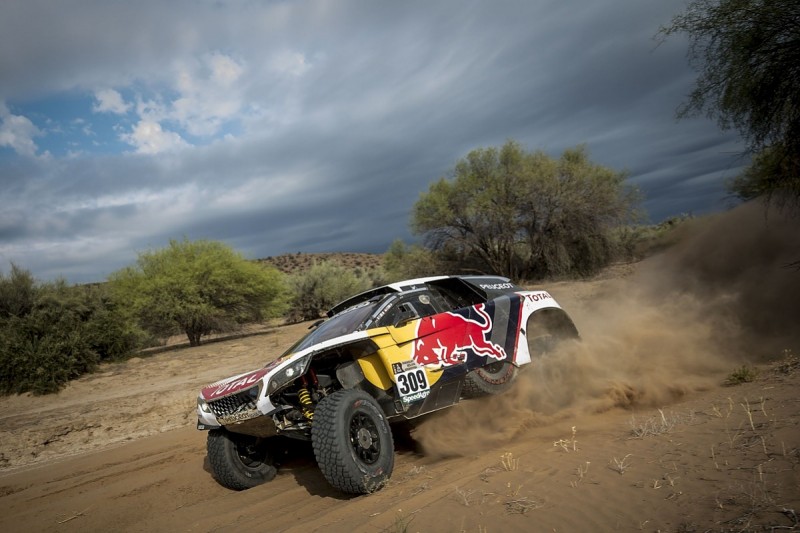 Loeb's final chance to deny Peterhansel his 13th Dakar win and his seventh in cars will be on Saturday's relatively short looping stage near Rio Cuarto, before the rally heads to Buenos Aires for the podium ceremonies.

But the nine-time WRC champion will need to make up 5m32s.

Peugeot's third driver Cyril Despres has all but secured a spot on the podium, finishing the stage seven minutes slower than Loeb, and will start the final test 32 minutes adrift of his team-mate overall.

Nani Roma remains best of the non-Peugeot drivers in fourth in his Toyota, while Giniel de Villiers and Orlando Terranova head into the final day split by two minutes in the fight for fifth.