The new initiative, which will follow in the footsteps of the circuit racing Red Bull Junior Team that produced Formula 1 champion Sebastian Vettel and grand prix winners Daniel Ricciardo and Max Verstappen, will be run in partnership with off-road racing mainstay Overdrive.

Overdrive, a major contributor to Toyota's Dakar efforts, has built and designed a 4x4 prototype under the lightweight FIA T3 regulations - which govern the SxS class of competition - for the new initiative.

"The project started in February this year when the FIA published the regulations," Overdrive director Jean-Marc Fortin told Autosport.

"So we decided to start afresh, and we spoke to Red Bull during the Abu Dhabi Desert Challenge [in March], to see if we could do a collaboration.

"Everything moved fast after that because they were very interested in joining the project. We built the car in four-five months and we released it in mid-September." 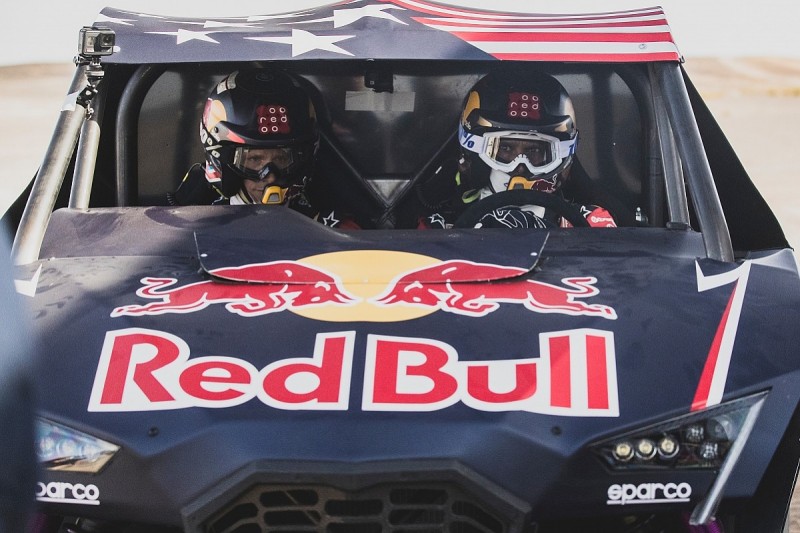 The new OT3 prototype, weighing at 890kg and equipped with a 177hp turbo engine, has completed around 2,500km of testing in Morocco.

Dakar winners Nasser Al-Attiyah and Cyril Despres have been involved in the development and testing process.

Four OT3s are set to take the start in Dakar, with a roster of drivers between 18 and 21 years of age to be unveiled next week.

"The ultimate goal of this category is to serve as a springboard for new drivers, because the average age of this discipline [rally raid] is very high with Carlos [Sainz], Stephane [Peterhansel], and even Nasser," Forlin said.

"It is thus ideal to bring new knowledge to the T3 category, since it is a cheaper option to compete in the FIA [world] championship and the Dakar."

Dakar director: F1 champion Alonso will win a stage on his debut