Carlos Sainz Sr has admitted the 2018 Dakar Rally could mark the end of his professional career, but insists he will not think about the future until after the event

Sainz's Peugeot team will end its cross-country rallying programme after next month's Dakar as it prioritises the World Rallycross Championship for its motorsport future.

Two-time World Rally champion and 2010 Dakar winner Sainz said he had not yet received any offers for after Peugeot's departure.

"I hope to give Peugeot the victory in its last Dakar after its return. And right now I don't think on other things than starting racing on January 6," said Sainz.

"I am 55 years old and I'm near to stopping racing, but right now I'm thinking about this Dakar.

"And it will be time for thinking in the future. I don't know which options there will be after January.

"So far there is no manufacturer that has shown interest in entering Dakar. There would be only Mini but we haven't had any contact." 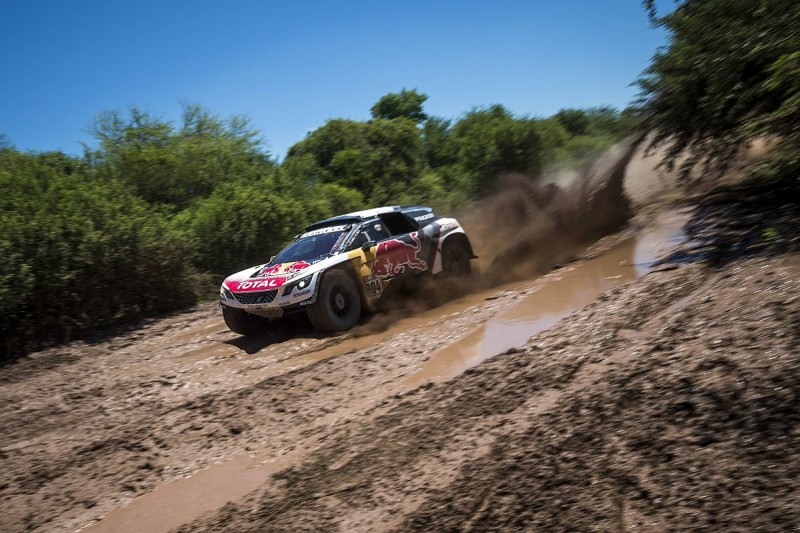 Peugeot has won the last two Dakars with event legend Stephane Peterhansel, while Sainz has not finished the rally since joining the team.

He crashed in 2015, had a gearbox failure while leading in '16 and crashed when poised to move into the lead this year.

"I always try to win. Maybe this time we should be a bit more patient," said Sainz.

"The year we won was one of those in which we won less stages. When you won a stage, next day you opened road and that penalised you.

"The strategy is important, especially this year. We should be more patient, which for me is always complicated."

Sainz is again joined by Peterhansel, Sebastien Loeb and Cyril Despres in the Peugeot team.

"I have three awesome team-mates, with Loeb and Peterhansel in first position," said Sainz.

"Peterhansel has enormous experience and you know he will be always there.

"And Loeb is in his third year and has enough experience to win Dakar."

He also tipped the factory-assisted Toyota of double Dakar winner Nasser Al-Attiyah as a victory threat.

But Sainz suggested it was too early for the new Mini buggy that X-raid will field for drivers including former WRC title contender Mikko Hirvonen to fight for outright victory.

"I doubt a lot they could fight for the rally with the new car, but they could win some stages," said Sainz.