Peugeot's Dakar project began just one year ago and the French manufacturer has designed and developed its two-wheel-drive diesel-powered car over the past 12 months.

"It's been an incredible journey to be here and to be ready for the Dakar," said Famin.

"We are ready on time. We don't only have three cars lined up, but we have three very well finished cars.

"We would have liked to have done two or three times the number of kilometres in testing that we did, but we feel we've done quite a lot of preparation.

"There's a good spirit in the team and we have a strong level of experience. Everybody is now ready for the start."

The 2008 DKRs will be driven by five-time car class winner Stephane Peterhansel and 2010 winner Carlos Sainz. 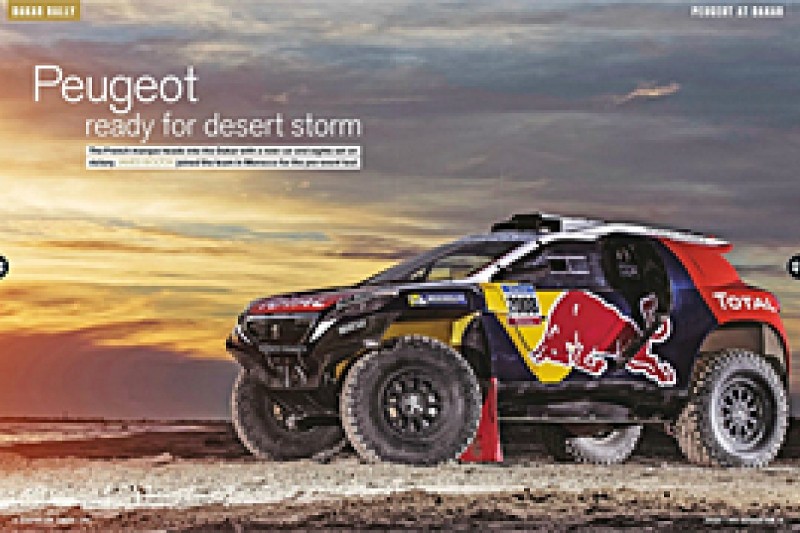 Peugeot won the Dakar Rally four times, from 1987 to 1990, when the rally ran from Paris to Dakar in west Africa.

The 2015 edition begins in Buenos Aires, Argentina on Sunday and includes stages in Bolivia and Chile before it finishes back in Buenos Aires on January 17.

For more on the 2015 Dakar Rally plus insight into Peugeot's testing programme, see the full feature in this week's AUTOSPORT magazine