Drivers were previously only prohibited from carrying 'photographic satellite maps', but are now banned from having 'any kind of maps whatever the physical support (paper, electronic, or on any other type of support)'.

Crews must therefore rely solely on the road book itself and the event-supplied GPS system.

ASO-listed 'Elite pilots' are also now not allowed to carry any form of phone, tablet, or GPS watch apart from a satellite phone for emergencies.

"I do not take this change of regulations as something personal at all. But I take it as something unsportsmanlike, totally," Famin said.

"They unfortunately want things to happen. Anything. They do not want the same leader the first day, [they want] that there is an opportunity for someone to get lost.

"In any category, who wins is the most punished. There are many categories like that. It is normal.

"But the subject of the maps I do not understand. It makes the Dakar turn into a lottery.

"I think that is what they are looking for, an unexpected result. It's the only way I can understand their decision." 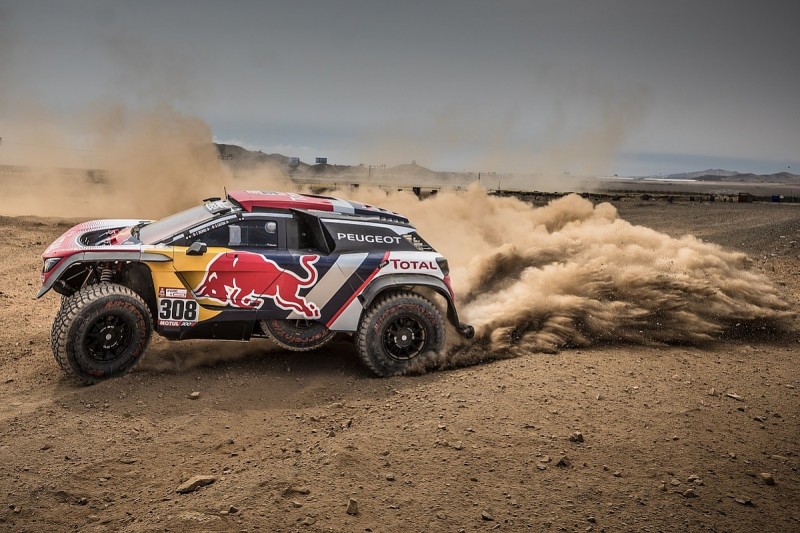 Dakar sport director Marc Coma insisted the change was not aimed at Peugeot but to ensure high-tech systems do not take the navigation element out of the rally.

"Lately, professional teams came to have a map detail that helped them a lot in navigation, and since my arrival at the sporting direction of the race, my battle point has always been to fight because navigation was part of the game," he told Autosport.

"It is not directed to anyone.

"The objective really is that navigation is important and that the driver and the team that can read the road book better, have their reward. And that everyone has the same elements."

Coma also played down fears that non-Elite crews, still able to use smart phones provided they are not loaded with additional maps, will have an advantage.

"I do not think that this is going to make a private team go ahead, not at all, because as far as I know, private teams do not devote efforts to having detailed maps," he said.

Mini driver Nani Roma's co-driver Alex Haro told Autosport: "[Peugeot] had a system especially if they were lost to find themselves easier with the coordinates. I think we're all alike now."

Toyota team manager Glyn Hall called the changes "more fair for everybody and it will let the amateurs get closer to the factory teams. And it makes it more level for the top teams.

"I understand Peugeot is unhappy because they spent so much on making the maps, which I think it was not fair.