Outgoing KTM MotoGP rider Danilo Petrucci says the Austrian marque has officially offered him a deal to race with it in the Dakar from next year.

Double MotoGP race winner Petrucci has lost his place at the Tech3 team for 2022, along with team-mate Iker Lecuona, to make way for Moto2 graduates Raul Fernandez and Remy Gardner.

Petrucci told Autosport in an exclusive interview during the German Grand Prix weekend that, should he lose his place in MotoGP, he would like to switch to motorcycle rallying and targeted competing in the Dakar.

“He’s such a good boy, we like him so much, we like to work with him,” Beirer said.

“We like his father because we know him for many years when he was working already with KTM.

“If he wants to switch to rallies, we will be his partner for sure.”

On the eve of the Austrian Grand Prix, Petrucci confirmed that KTM has made him an offer to race the Dakar in 2022, but revealed that the marque believes it would be best for him to spend next year learning the discipline before tackling the famous rally raid for the first time.

When asked if he’d been offered a rallying deal with KTM, Petrucci said: “It’s true and I think it was an idea from Mr [Stefan] Pierer [KTM CEO] and he proposed to me that on Saturday night.

“I thought he was joking, but he was not. 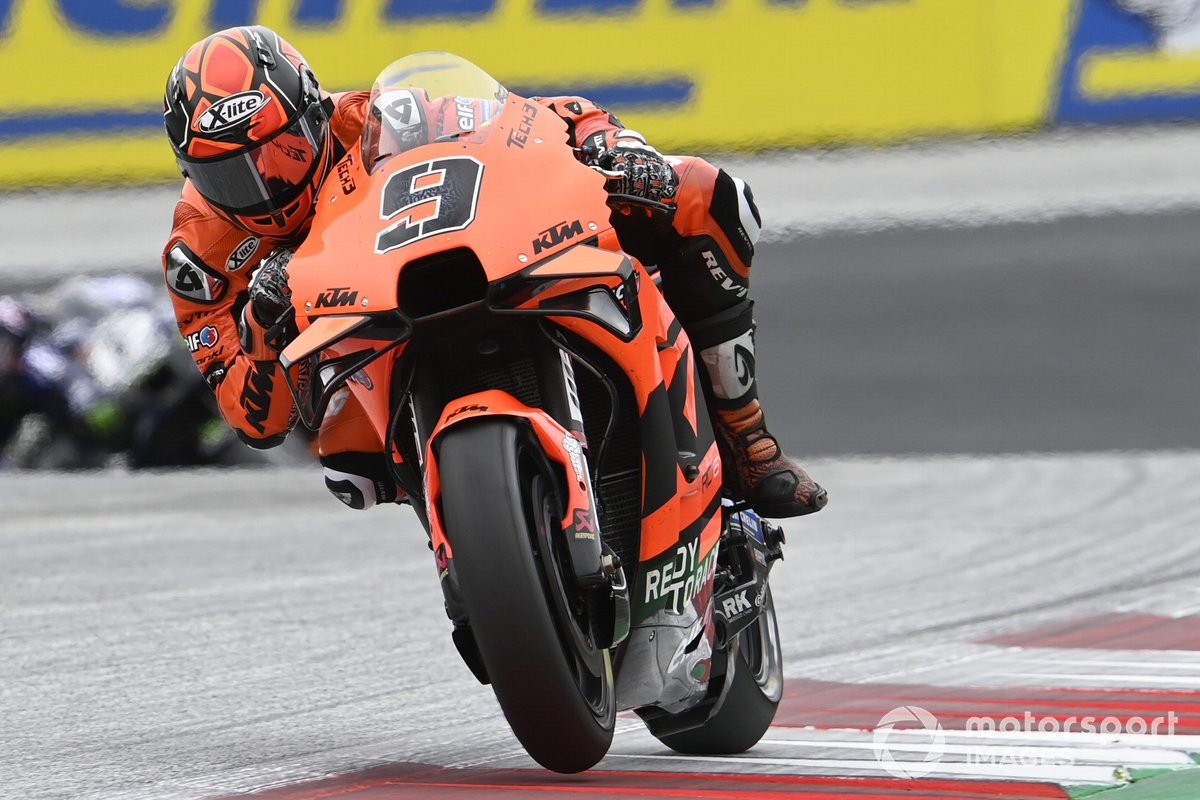 “We started to talk and then two days ago Pit called me and repeated to me more or less what they told me on Saturday.

“There is this option that I’m taking really on my mind because I always would like to race there.

“He said, ‘We are ready for 2022’, but he did say, 'We can send you there if you like to just watch the panorama and the landscapes, because we think it’s quite dangerous if you go there to make the race and make results [straight away]'.

“Then I have all of one year to make training and do some races, and from 2023 maybe be more competitive. I was really, really happy to know that.

“It’s one of the options of my future that I have and for sure I really want to thank them for this kind of option.”

Petrucci told Autosport in June that World Superbikes wasn’t something he was considering in 2022, as he believes the problems he has faced this year in MotoGP with his size and weight would only be amplified on a production bike.