Two-time DTM champion Mattias Ekstrom will make his debut on the Dakar Rally in Saudi Arabia in January, driving a new Yamaha SxS machine prepared by the experienced X-Raid team

The 2016 World Rallycross champion, who finished runner-up on his return to World RX this year, will venture into cross-country style competition by racing in the inaugural campaign of the Extreme E series next season with the ABT CUPRA squad alongside recently-announced Nurburgring specialist Claudia Hurtgen.

To prepare for his XE debut, Ekstrom will join X-Raid for the German outfit's first project outside the Dakar's headline T1 category, to drive a YXZ1000R prototype for the X-raid Yamaha Racing Rally Supported Team.

The new car, which will run in the T3 category, has been developed as an entry-level into Cross-Country events, taking the platform of Yamaha's YXZ1000R and adapting it for purpose.

Changes have included extending the dimensions of the wheelbase and track, lowering the centre of gravity, optimising the weight distribution and improving the chassis dynamics.

"It has always been a dream of ours to drive the Dakar," said Ekstrom.

"I have contested so many different races in my life. What better way than to ask Sven [Quandt, X-Raid boss], who I have known for about 20 years.

"We were finally able to get together a budget to race a SxS, and the new X-raid project gave us a good base.

"It is also the perfect preparation for the start of the Extreme E season in Saudi Arabia. After all, I have never driven a race car on sand or in the dunes before." 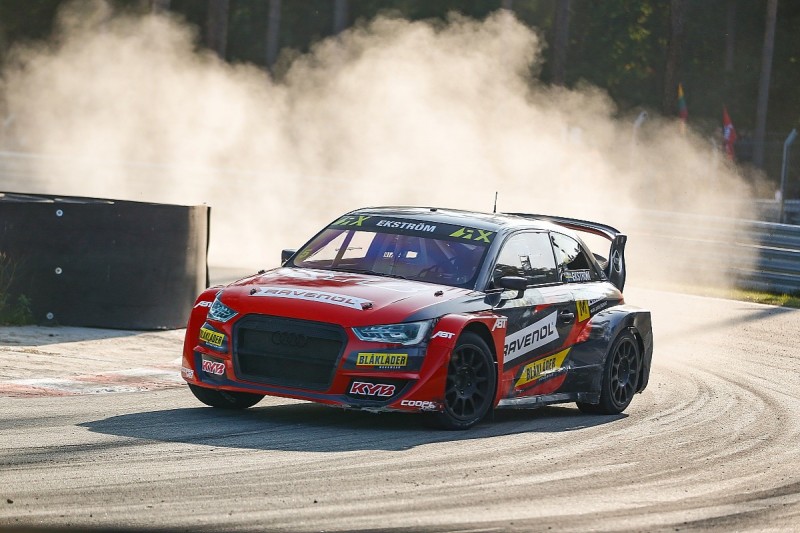 Ekstrom will be co-driven by former Junior World Rally champion Emil Bergkvist for the 2021 Dakar.

"We have been monitoring the SxS market for a long time and I was also heavily involved in developing the regulations for this class," said Quant.

"Now is the right time to be active in this market, together with Yamaha.

"We believe that this class will play a key role in cross-country racing in the future, both for newcomers and experienced Dakar drivers, as well as for professionals.

"We are delighted to have Mattias on board, and that he is a part of this new and very exciting project."

The two Yamaha YXZ1000R prototypes will complete their first competitive kilometres at the second Hail Baja in Saudi Arabia.