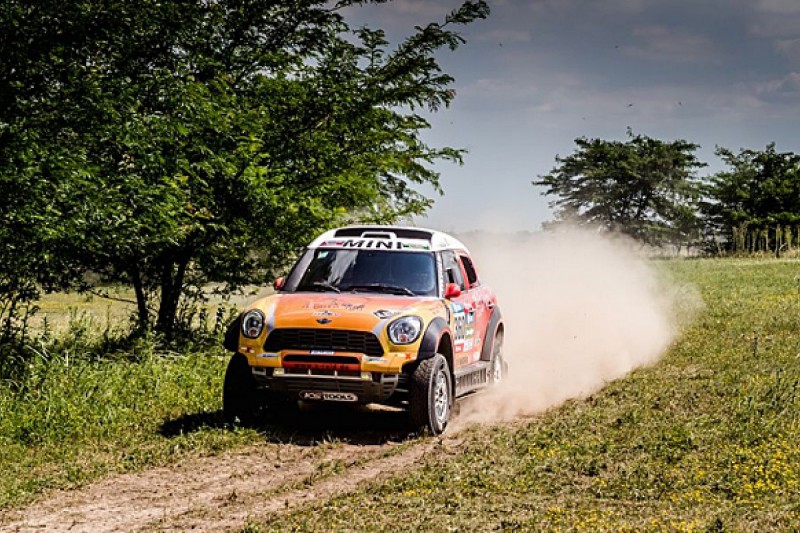 The bystanders were struck by the X-raid Mini of Chinese Dakar debutant Guo Meiling when it went off the road just past the halfway point.

Organisers neutralised the rest of the stage while emergency crews attended the scene.

An ASO statement said: "The organisers immediately deployed all resources available to the site of the accident: four medical helicopters, three medical vehicles belonging to the organisers and eight local ambulances.

"Injured individuals are likely to be swiftly taken to hospitals in the area following an initial medical evaluation by the organisers' medical teams on the site."

The seven-mile Prologue stage near Buenos Aires was a new addition to the Dakar for 2016, designed mainly to set the starting order for the first of the full-length stages on Sunday - although times still count towards the final result.

Fifty-nine of the 111 competitors in the car section made it through the stage before the stoppage for Meiling's accident, after which the remainder treated it as a link section.