The Spaniard, who won the South American event for Volkswagen in 2010, finished Monday's short opening stage of the 2017 event in fourth, the best of Peugeot's four-strong factory line-up.

However, speaking after the end of the stage, Sainz said the all-new 3008DKR is significantly down on power compared to its main competitor, the Toyota Hilux, that topped the 39km test with Nasser Al-Attiyah.

He questioned why the Japanese marque should receive a two-millimetre increase in its air restrictor diameter compared to the Peugeot, which dominated the 2016 event and had its restrictor reduced by one millimetre.

"We have less top power [than last year] obviously due to the restrictor," said Sainz.

"Now the Toyota has 40 to 50 horsepower against us.

"I drove against Nasser in the Spanish Baja and Morocco with last year's restrictor, he beat me in both races.

"Now they've got two more [millimetres] and we've got one less." 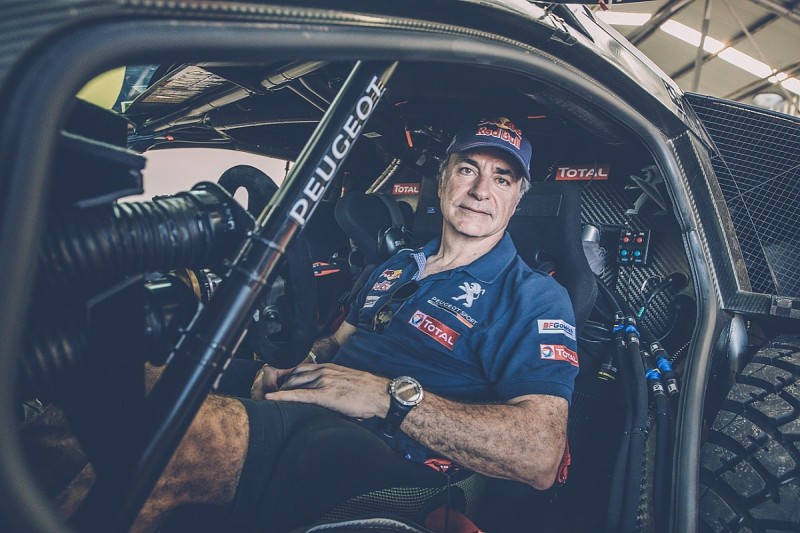 Asked if the changes were unfair to Peugeot, he added: "Absolutely. That's what I think."

Sainz believes Dakar organisers have been too eager to penalise two-wheel drive cars like the Peugeot, which are allowed to run with a significantly lower minimum weight compared to four-wheel drive cars.

"We came here two years ago, we were losing two seconds a kilometre," said the two-time World Rally champion.

"Nobody overreacted about it, not even Peugeot.

"They were not asking to change the rules, [or saying] 'you cannot win with a two-wheel drive car'.

"We made a new car, we came here, we won and suddenly they changed the regulations.

"We have had four-wheel drive cars winning for 10, 12, 14 years without changing the regulations.

"It's difficult to understand why they changed it."