Peterhansel, nicknamed "Mr. Dakar" as the rally's most successful competitor ever, now has seven wins in the car category to go with his six bike triumphs.

The basis for his 2017 win came largely in Thursday's Chilecito-San Juan stage, emerging with a lead of six minutes over Loeb after being given time back following his incident with biker Simon Marcic.

A spirited challenge from Loeb during Friday's San Juan-Rio Cuarto run was for naught, and although the nine-time WRC champion won the final stage - his fifth of the event - it was only by 19 seconds. 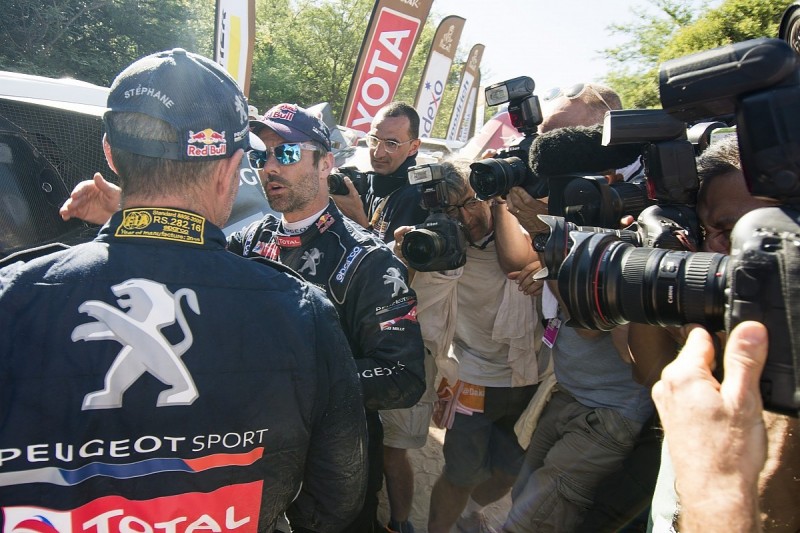 It meant Peterhansel had a final winning margin of 5m13s over Loeb.

While Peugeot had only had Peterhansel on the podium of its four drivers in 2016, the French manufacturer locked out the top three this time, completed by Cyril Despres, 33 minutes off the lead.

Nani Roma was best of the rest in fourth, more than an hour down on Peterhansel, while fellow Toyota driver Giniel de Villiers pipped the leading X-Raid Mini entry of Orlando Terranova to fifth place.

After losing significant time after a collision with a truck on Thursday, Mikko Hirvonen (Mini) eventually finished the event in 13th, six hours down on Peterhansel.