Despite the scale of challenge involved, Audi’s maiden outing the Saudi Arabia-based rally-raid was largely a success, yielding four stage wins and a spot inside the overall top 10.

However, the car it had developed in a record time was not without its shortcomings, and was notably more than 200kg heavier than the minimum weight requirement of 2000kg. This was largely due to a complex powertrain system, which included two electric motors, a petrol engine connected to an energy converter, and a battery pack.

The German manufacturer acknowledged the consequences a heavy car has on driveability and agility and made it a key area of focus while developing the updated Audi RS Q e-tron E2 model for 2023.

This has helped bring the car closer to the updated minimum weight limit of 2100kg and hence more competitive against its lighter petrol-powered rivals from Toyota and Prodrive.

Speaking after the launch of Audi’s overhauled Dakar contender, project manager Benedikt Brunninger revealed that shaving weight off the car became the marque’s priority immediately after it wrapped up its maiden outing in Dakar in January.

“The major [weight saving] thing was done by the bodywork," he explained. "We also looked into the car with every small point where we can.

“We had an excel sheet with 12 or 13 pages where we had all the parts written down to where we could gain some grams there, some grams here.

“But from the outside the main weight loss is coming from the bodywork. So [that includes] the reduction of double surfaces we had on the last car.

“The last car was also mainly influenced by our design crew and this year we said we need consequently to reduce the weight. Therefore, we reduced all double surfaces and also looked into the material itself of the parts.

“There are also different carbonfibre materials that you can use and as we gain a lot of data and experience from the first Dakar we knew where the carbon parts need to be rigid and where they are not, so we could use different materials to lower the weight of each part there.” 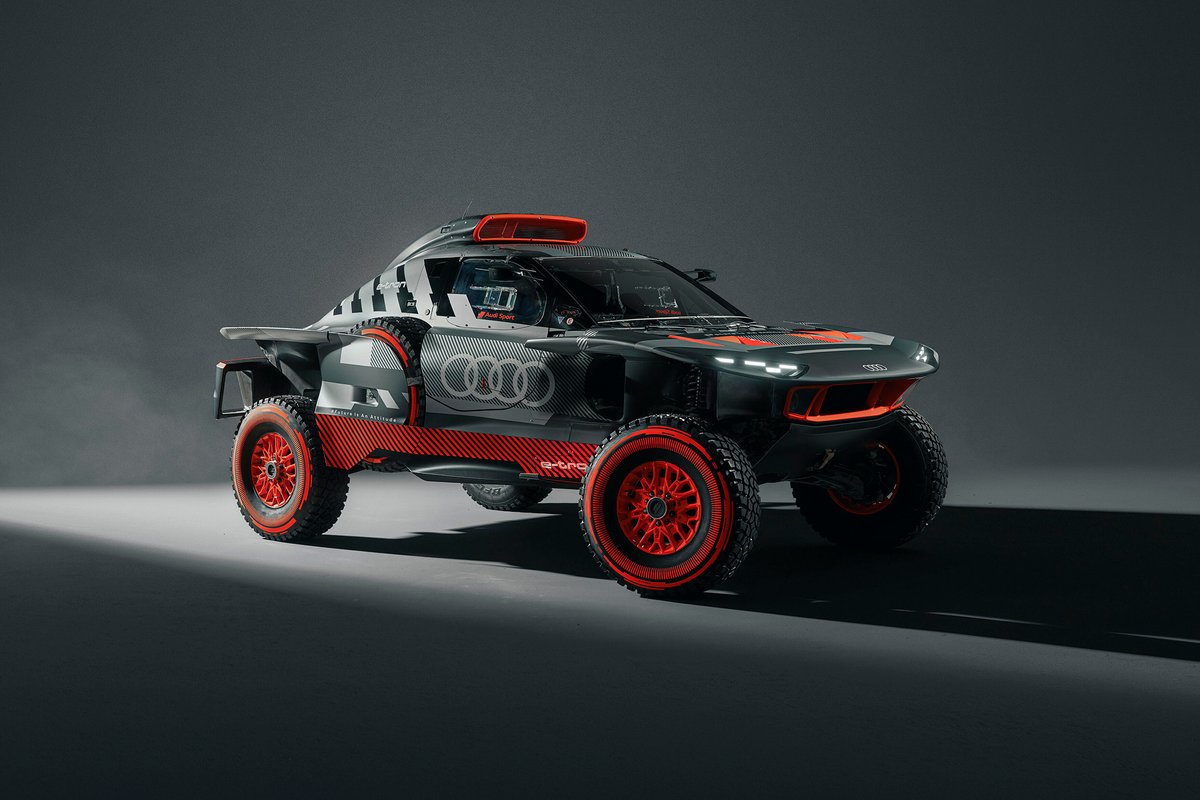 14-time Dakar winner Peterhansel tested the overhauled Audi RS Q e-tron E2 in August and will complete further running in the Moroccan desert this month ahead of its competition debut in Rallye du Maroc in October.

The French driver said Audi is going in a “good direction” with the development of its rally-raid car and is no longer fighting against time to be race-ready, as was the case last year.

“The competition never stops, which means after the Dakar we had a long meeting with the team, with the engineers, and we decided to modify a little bit some small things on the car,” said Peterhansel.

“If you are first it's really good, but if you stop for technical problems I'm sure it will never be possible to win.

“Yes, we did some tests last month in Spain and we are really in a good direction.

“Also, this year it's more comfortable than last year concerning the timing, because last year everything was ready at the last-minute. But now it's really the time to develop the car, to take the time to have the best set-up with the shock absorber with everything.”

New head of Audi Sport Rolf Michl explained that it has refined all its processes since January’s Dakar Rally to boost its chances for 2023, while the car itself is superior in every way than its predecessor thanks to better aerodynamics and improved powertrain efficiency.

“Last year we were a bit too heavy and this year definitely the performance improvement comes out of clear and significant loss of weight, lower centre of gravity and the reduction of drag, in combination with enhanced power control and the new operating strategies,” said Michl.

“So the major thing I learned and also from the team was to improve the whole system, so the organisational processes, the interaction with [partner] Q Motorsport GmbH. And also looking very much into the details, the fitness of the whole team and the support that drivers have into the car.

“We looked in every interface in the team, with Q Motorsport, with the drivers, with the engineers and the result is a significantly optimised total system, because achieving the podium or winning the Dakar, it's not only the car.

“It's a very important part, but also the drivers and the team work will play a major role and there I think we have done some significant improvements out of the learnings from our first Dakar we achieved.”